35 years after a green space was created on the South Bank to celebrate the Queen's Silver Jubilee, the riverside park between the Royal Festival Hall and County Hall has reopened after a £5 million transformation. 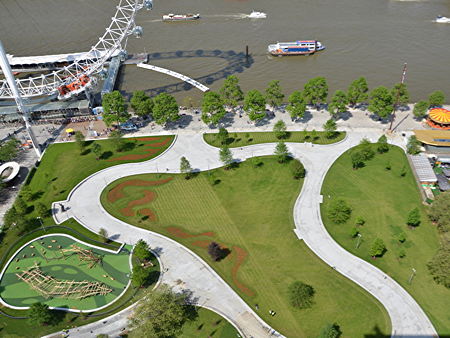 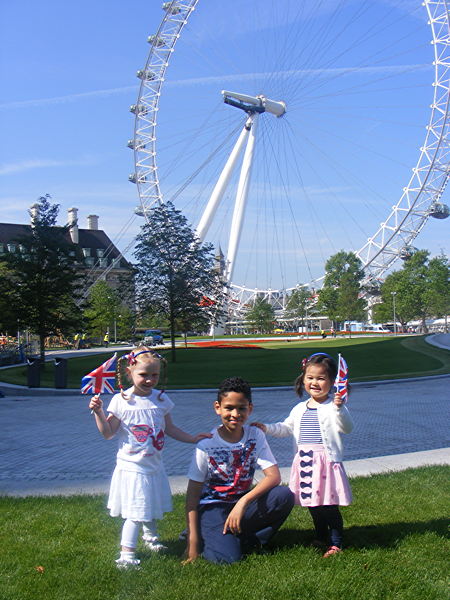 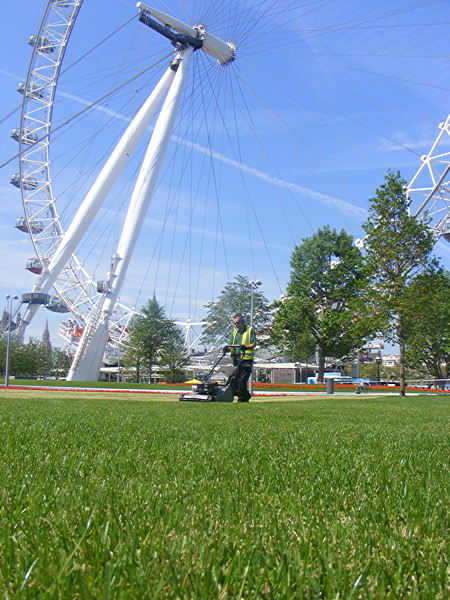 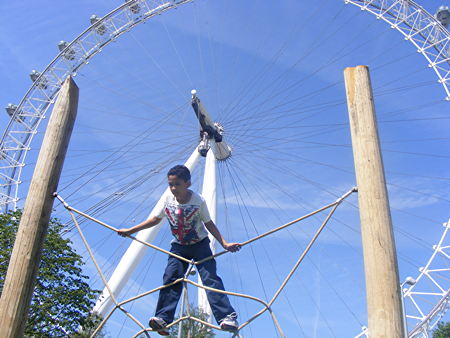 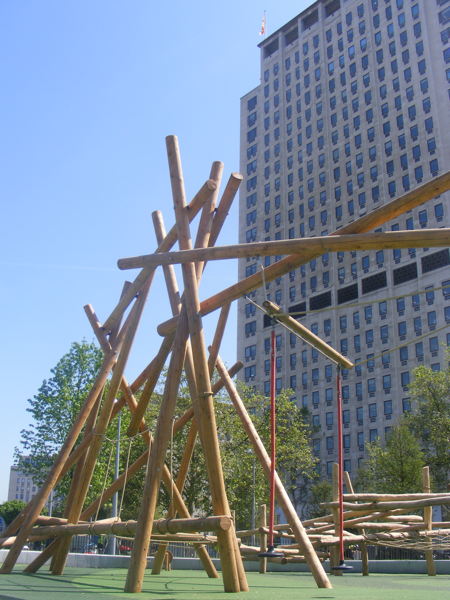 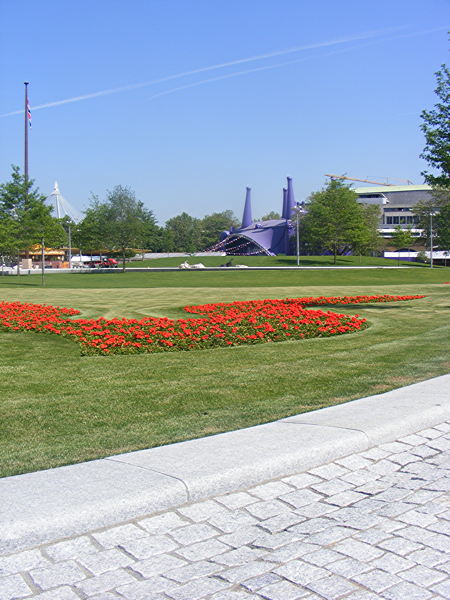 On Thursday the first visitors were able to enjoy the new-look gardens as work was completed just in time for the Queen's Diamond Jubilee weekend holiday.

Eight and a half months have passed since hoardings were erected around the tired and battered lawn. Since then Frosts Landscape Construction have worked to turn designs by Dutch firm West 8 into a reality, creating an undulating landscape dotted with trees and flowerbeds where there was previously a flat expanse of grass.

It has taken seven years from the selection of West 8 to bring the project to completion. Along the way there have been financial and legal setbacks.

Jubilee Gardens has much in common with Southwark's Potters Fields Park and like its downstream cousin Jubilee Gardens has been handed over to an independent trust comprising representatives of local landowners, businesses and community groups.

The new Jubilee Gardens Trust will manage the park on a sub-lease from Southbank Centre which in turn holds a lease from Arts Council England. Responsibility for the land passed to the Arts Council in the wake of the abolition of the Greater London Council.

“The Jubilee Gardens trustees are delighted with the exceptional quality of the design and construction of the new gardens," said chairman Ted Inman.

"We are determined to manage and maintain them in the best possible way for the benefit of the millions who will use and enjoy them.”

Lambeth Council leader Steve Reed has also welcomed the creation of the trust: "This means local people and businesses will have a direct hands-on role in shaping the area’s future. This is what our cooperative council plans are all about.”

The park's new features include extensive seating on the granite borders, a much-improved playground and a new home for the International Brigades Memorial, a tribute to British volunteers serving with republican forces in the Spanish Civil War.

“The reinvigoration of this stretch of grassland into a welcoming oasis for visitors and Londoners is simply superb," said Mayor of London Boris Johnson.

"It not only makes this part of the capital an even more pleasant place to work and live but also more attractive to business looking to locate in the capital.”

A formal opening ceremony for the reinvigorated gardens will be held in the autumn.

• This week workers were putting the finishing touches to the Jubiloo, a new public toilet on the Queen's Walk next to Jubilee Gardens.

Events at Jubilee Gardens in June and July

• Stitch London is holding a Giant Jubilee Stitch Picnic on Saturday 9 June
• Charles Hazelwood will present a performance by a woodwind octet on Sunday 10 June evoking the spirit of the 18th-century pleasure gardens on the South Bank
• Later this month Southbank Centre's Poetry Parnassus will launch with a Rain of Poems when 100,000 bookmarks are dropped from a helicopter hovering above the gardens.
• On Saturday 7 July the International Brigades Memorial Trust will hold their annual gathering at the memorial in the gardens to honour the British volunteers who foughts against fascism in the Spanish Civil War.

What do you think of the new Jubilee Gardens?