The public gardens around the former church of St John Horsleydown will reopen later this month after a five-month closure. 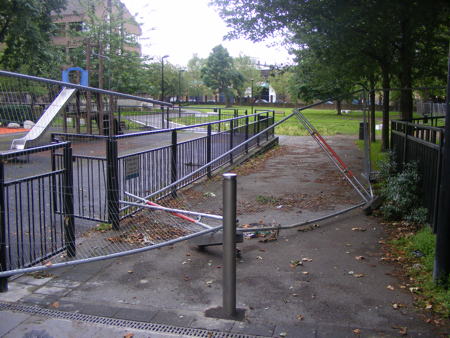 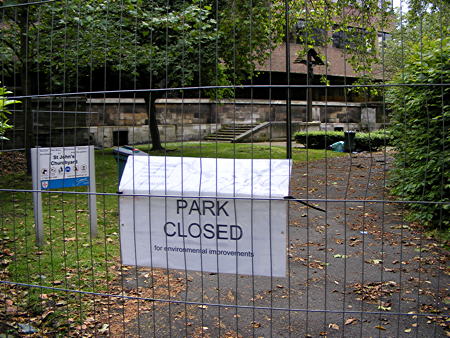 St John's Churchyard – which has entrances on Fair Street, Tower Bridge Road and Druid Street – was closed in February to allow Southwark Council to create new paths and a children's play area.

When the work started the council said that the gardens would be open in "early May".

Two months later the park remains fenced off. Now the council says that it will be ready for visitors from Saturday 14 July.

Cllr Barrie Hargrove, Southwark's cabinet member for transport, environment and recycling, acknowledged that the work had run late and explained that there had been "many challenges" along the way.

"We uncovered several interesting historical elements during the excavations which needed to be investigated to ensure the history of the site was preserved," he said.

"This combined with some unforeseen delays in the delivery of materials caused the project to overrun.

"We are confident that once the churchyard is reopened people will be happy with the environmental improvements that have been made."

During the Olympic and Paralympic games St John's Churchyard will host a series of free performances organised by Team London Bridge and IdeasTap.