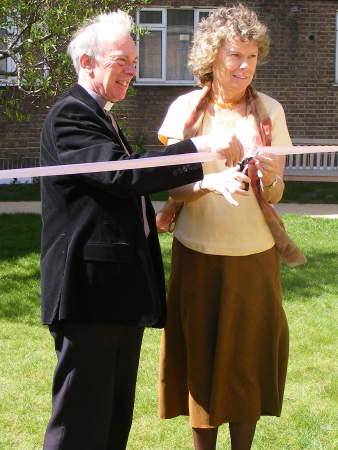 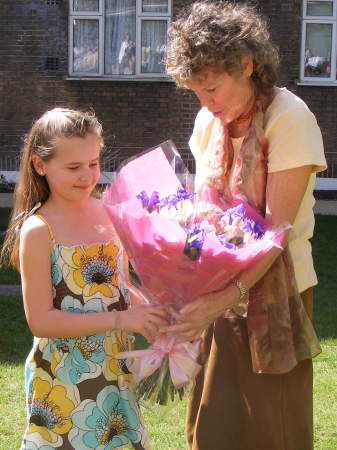 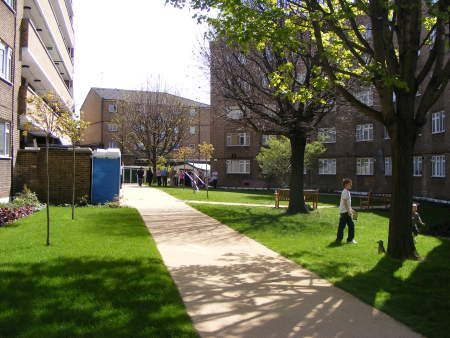 The relandscaped area is between Benson House and Tait House

The garden lies between Benson House and Tait House which were built in 1938 by the Ecclesiastical Society, the forerunner of the Church Commissioners. Both buildings are named after Archbishops of Canterbury. Three years ago, amid much controversy, the blocks were sold to Grainger GenInvest, a joint venture between private property firm Grainger and social landlords Genesis Housing Group.

Residents' Association chairman Ray Keavey thanked Vauxhall MP Kate Hoey for her advice and help on behalf of residents over recent years before inviting her to open the garden.

Before the ribbon-cutting there was the dedication by Waterloo rector Canon Richard Truss who recalled Octavia Hill's pioneering work which including turning St John's churchyard into a garden for local people. He also suggested another party on 13 August when Octavia Hill is commemorated in the church calendar.

A residents' spokesperson said: "The gardens will make a big improvement to the lives of young and old on our estate and will be a place for enjoyment and socialising.

"We are very pleased that our landlords have agreed to our request for the gardens to be named after Octavia Hill, the 19th-century social reformer who was responsible for good quality social housing in London."

Also present was resident Bill Smith who was born in 1941 in Charing House in nearby Windmill Walk where today the tree he planted as a schoolboy is now in blossom outside. He recalled a huge central post for radiating washing lines in the present garden space.