Mark Rylance ensures that one of Shakespeare's most convoluted and challenging plays brings the audience down with a brilliant blend of laughter and sorrow. 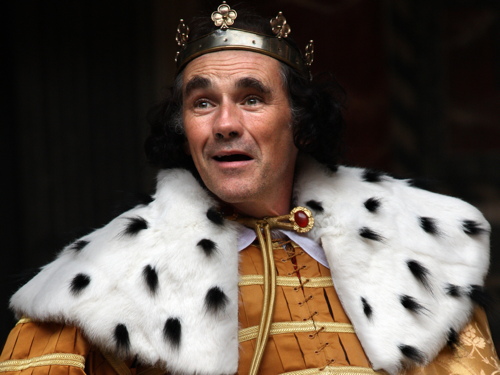 Richard III is widely known for slaying the princes in the tower; yet his namesake play is by no means one of Shakespeare's best known. Its plot is complicated, based upon the intricacies of the bloodline of the Royal Family, or lack thereof. Even when armed with a family tree it is extremely difficult to follow just who is related to whom. Richard III is essentially a play about politics, albeit medieval politics. And, as we all know, politics does not appeal to the masses.

What lifts this play then, and guarantees its posterity, is its characters. One need not follow the plot too closely in order to marvel at the unhinged nature and sheer ruthlessness of one of Shakespeare's greatest creations, Richard III. Richard's scheming, which brings about his rise and inevitable fall, is bloodthirsty and incredible to behold. The plot may be largely a fabrication (as many historians have subsequently suggested) but we can easily forgive Shakespeare, given the force of the persona that he has bestowed upon us.

Shakespeare's Richard III can be played in a number of ways. It is classed as one of his history plays, and most certainly has its own good measure of tragedy. What Mark Rylance brings to the title role is an ability to transcend genres; the comedic element of the play is ramped up but the integrity of the protagonist is preserved. Rylance's character is terrifying and hilarious in equal measure. His false declarations of love, and his attempts to justify his tyranny, are delivered by a mad man who has no conception of his delusions or mania.

However, this staging of Richard III directed by Tim Carroll, does not rely upon one man. Its supporting cast is, pretty much without exception, outstanding. Caroll's decision to cast men in the female roles does more than simply continue a long theatrical tradition. It also succeeds in – once again – interjecting humour into the proceedings without distracting from the real tragedy of the play. The young princes have pivotal roles to play, and the two young actors who play them are able to cope with the challenges of performing in such a high-pressured environment (and on an outdoor stage). The only point at which the staging slightly mars the proceedings is the scene in which Richard is visited by the ghosts of all those he has killed; the ghosts' unintentional comic attire is distracting and unnecessary.

High expectations were placed on Rylance in advance of this performance, particularly as it marked his return to the Globe, where he was once artistic director, after a long hiatus. And whilst the audience may cheer his eventual downfall, they end the play entranced, wanting more from him.