Last weekend Borough Market hosted the finale to the 'What You Will: Pop-Up Shakespeare' series of of performances held around the capital as part of the London 2012 Festival. 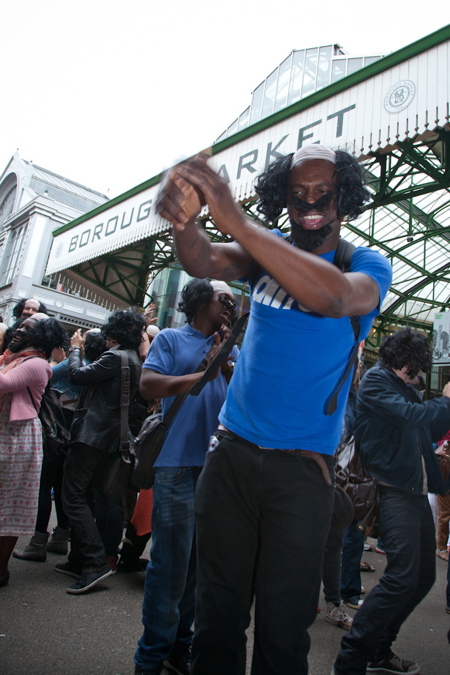 Photo courtesy of the Mayor of London

Shakespeare characters emerged from the crowds of shoppers and tourists to provide an unexpected cultural diversion.

As details of the event – devised by former Shakespeare's Globe artistic director Mark Rylance – weren't announced until Saturday morning, many shoppers didn't know quite what was happening when they were approached by the actors and treated to intimate performances from some of the Bard's greatest works.

As well as these one to one performances, a series of flashmobs took place with actors performing a series of songs which include the word "shake".

"Borough Market is delighted to be taking part in such a great event and to welcome performers from our neighbours, The Globe, to the market," says managing director Keith Davis.

"With the market open seven days a week throughout the Paralympic Games, what better way to add to the celebrations and to highlight Borough Market's unique cultural and historical links with the SE1 area."