Yvonne Powell has been appointed as principal of Walworth Academy. 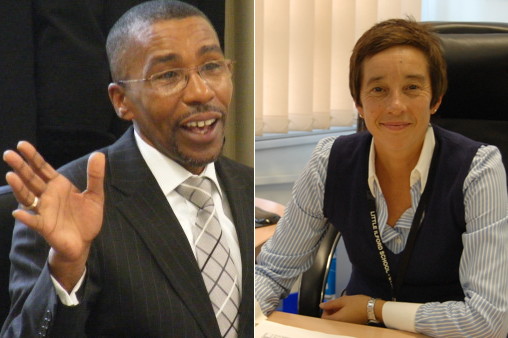 Miss Powell has been headteacher of Little Ilford School in Newham for nine years and has also served as executive head of another Newham School during that time.

She takes over from Walworth's founding principal Devon Hanson who has moved to the Evelyn Grace Academy in Brixton.

Both Walworth and Evelyn Grace are part of the ARK Schools chain of academies.

"We are delighted to appoint Yvonne Powell as the new principal of Walworth Academy," said Lucy Heller, managing director of ARK Schools.

"She has an outstanding track record in Little Ilford and in Newham and is an inspirational leader, not only in her own school but in supporting others in the local community.

"I believe she will be an exceptional leader for Walworth Academy and a great contributor to the ARK Schools network."

Miss Powell said: "I am thrilled to be taking on the leadership of Walworth Academy. Walworth is an inspiring and ambitious school and one which I believe can go even further and whose students will continue to achieve ever greater things. Walworth is already one of the fastest progressing academies in the country. I'm delighted to be joining such a committed and determined staff and student body."

Devon Hanson said: "I am delighted that ARK has appointed Yvonne Powell as principal of Walworth Academy. Ms Powell comes with a fantastic reputation and will be an excellent leader for the academy.

"Both pupils and staff spoke highly of her on her visit to Walworth Academy. I am confident that under her leadership, Walworth Academy will go from strength to strength."

Two years ago David Cameron described Mr Hanson as "one of the most impressive headteachers I've met".