A leading figure in the social enterprise that has transformed Oxo Tower Wharf and built new housing on the South Bank has been awarded the MBE in the New Year honours list. 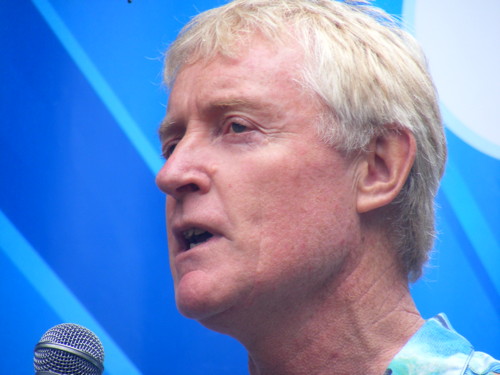 Iain Tuckett, group director of Coin Street Community Builders, has played a key role in the evolution of what began as a campaign group into a major local landlord and service provider.

CSCB is probably best-known for its work at Oxo Tower Wharf. It has also built several housing co-operatives on the South Bank, a neighbourhood centre on Stamford Street and has controversial plans for a leisure centre and high-rise housing development between Doon Street and Upper Ground.

Mr Tuckett has also held leading roles in a number of other SE1 organisations including South Bank Employers' Group.

Michael Berman, chairman of Waterloo-based Southbank Sinfonia, is honoured with a CBE for services to music entrepreneurship and philanthropy.

Judge Peter Beaumont, the outgoing Recorder of London and High Steward of Southwark, receives the CBE for services to the administration of justice. Judge Brian Barker QC has recently been named as his successor.

Chris Smith, the Archbishop of Canterbury's chief of staff at Lambeth Palace, receives the CBE for services to the Church of England.

Steve Hiser, head coach at the Fisher Boxing Club, is made OBE for services to youth boxing in Southwark.

Erica Whyman, a former artistic director of Southwark Playhouse, receives the OBE for services to theatre in the UK.

An MBE is awarded to Dr David Fenton, consultant dermatologist at the St John's Institute of Dermatology at Guy's and St Thomas' hospitals for services to the treatment of skin and hair disorders.

At City Hall Caroline Pidgeon, Lib Dem leader on the London Assembly and former Newington ward councillor in Southwark, has been awarded the MBE for or public and political service.