Ted Bowman has died after a lifetime of involvement in Southwark politics and public life. 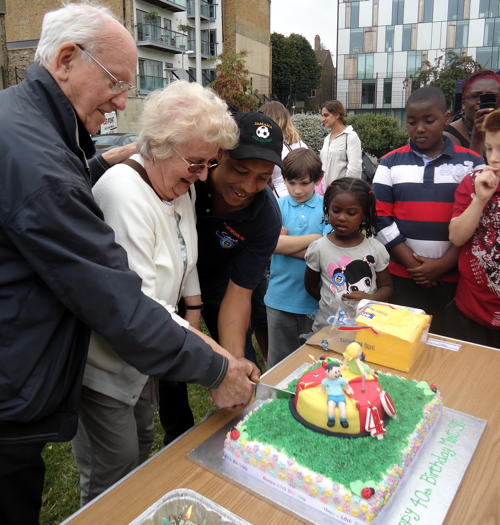 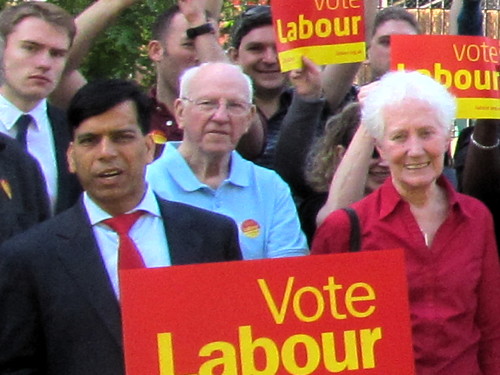 Born in Borough Road in 1927, he attended St George's School and was a member of 4th Southwark Scout Troop which met in the crypt of St George the Martyr church. During the war he was evacuated to Devon.

After service in the Army he married Hilda at St George's in 1952 and moved into a Church Commissioners flat off Union Street where he lived for the rest of his life.

Ted worked just across the river as a printer in Fleet Street.

He held office in the Labour Party in Southwark for many years as branch and constituency chairman.

For four decades he served as a trustee of Borough Market and was the chairman between 1981 and 2000, a period which saw the decline of wholesaling and the launch of the retail market we know today.

In an interview published in 2006 to mark the market's 250th anniversary, he said: "I remember trustees having meetings with Southwark Council and the GLC both of whom wanted to see the market closed down. Fortunately, being independent, we were able to see them off."

Ted recalled that in 1972 Southwark Council had published a strategy document that was "basically an invitation card to property developers".

He chaired the North Southwark Community Development Group which championed a resident-led approach and contributed to the creation of Coin Street Community Builders. He remained CSCB's honorary president until his death.

Ted was a trustee of the Southwark Charities and – for more than a quarter of a century – governor of the Newcomen Collett Foundation.

He helped to create Mint Street Adventure Playground and was involved in the SE1 community newspaper during the 1970s and 1980s.

Ted will also be remembered for his role tending to All Hallows Garden in Copperfield Street.

"He led the organisation for 27 years and inspired both staff and board members.

"He was a selfless, modest, committed and fair man whose achievements can be seen across the South Bank and Bankside areas of London.

"He upheld the vision of central London as a place where communities should live and he championed a more just society. Our thoughts are with his family today."

Cllr Peter John, leader of the council, said: "Ted Bowman was a great character, a stalwart of the community and of the Labour Party in Southwark.

"Whether as a trustee of Borough Market or one of the many other local charities and organisations which he represented, Ted spoke his mind in the best interests of those he represented.

"He was, quite rightly, a stickler for procedure, and more than once he would point to Citrine's ABC of Chairmanship in support of his position! He will be greatly missed by his many friends in Southwark Labour."

In a statement, Borough Market said: "As a former chairman of trustees, Ted Bowman dedicated years of service to Borough Market and the wider Southwark community and was committed to the market and its significance in the local area.

"His loss will be sorely felt by all who knew him."