Revd Steve Chalke, minister of Oasis Church Waterloo and founder of the Oasis charity, has called on the church to support and affirm stable homosexual relationships. 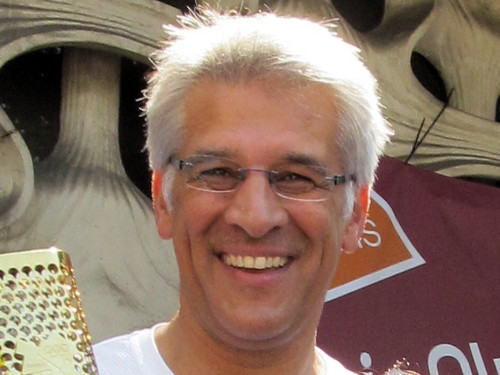 Oasis sponsors Waterloo's primary school Oasis Academy Johanna and is currently setting up a new secondary 'free school' in the area. The charity is also active in many north Lambeth community projects through its Waterloo hub.

Mr Chalke – a Baptist minister – has written an article for Christianity magazine calling for a reappraisal of the evangelical understanding of what the Bible says about homosexuality.

Whilst he seeks to separate that discussion from the current public debate about same-sex marriage, he reveals that last year he conducted a "dedication and blessing service" for a gay couple following their civil partnership ceremony.

"Too often, those who seek to enter an exclusive, same-sex relationship have found themselves stigmatised and excluded by the church," he writes.

"I have come to believe this is an injustice and out of step with God's character as seen through Christ."

He adds: "I believe that when we treat homosexual people as pariahs and push them outside our communities and churches, when we blame them for what they are, when we deny them our blessing on their commitment to lifelong, faithful relationships, we make them doubt whether they are children of God, made in his image.

"So, I face a hard choice; a choice between the current dominant view of what scripture tells us about this issue, and the one I honestly think it points us to. This is why I seek to speak and write openly and, I hope, graciously, to encourage a compassionate, respectful and honest conversation that might lead to our churches becoming beacons of inclusion."

Mr Chalke has set up a blog to continue the debate sparked by his article and will host a public evening of discussion and dialogue at Oasis Church Waterloo on Wednesday 6 March.