Around a decade will have passed since the last Eurostar train left Waterloo International before all five of the disused platforms are brought back into use for domestic trains, the Government signalled this week. 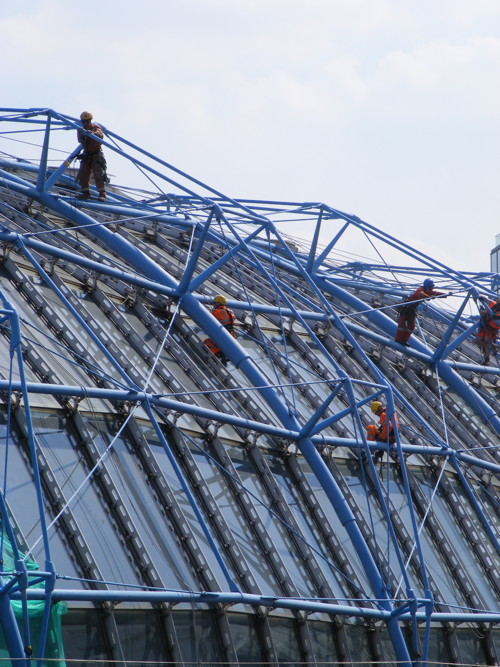 Workers cleaning the roof of the disused station last summer

Labour's shadow transport secretary Maria Eagle tabled a parliamentary question asking for an update on the Department for Transport's plans for the station which closed in November 2007.

The written reply published on Tuesday reveals that parts of the station are likely to remain unused until the end of the decade.

"The Government is committed to bringing the former International platforms at Waterloo Station into domestic use, commencing with platform 20 being brought back into use by 2014 to assist South West Trains in delivering additional capacity into this busy station," said rail minister Simon Burns. "In advance of this, work to refurbish the roof is already under way.

"With regard to the other four former international platforms, previous plans to bring these back into use have now been subject to detailed evaluation which has shown them to be too short-term in respect of the efficient overall expansion of Waterloo Station. A more comprehensive and longer term plan is required.

"On 16 July 2012 the Secretary of State published the High Level Output Specification (HLOS), which included recognition that major works are likely to be required at London Waterloo and made provision for this as part of a wider rail strategy for Control Period 5 (2014-19)."

He added: "During CP5, improvements will focus on suburban routes into London with platform extensions to accommodate longer 10 car trains and the integration of the former Waterloo International Terminal and its platforms to increase capacity within the station."