Gardeners are applying the finishing touches to a 'city garden' which has been created in Borough Market's new glass market hall. 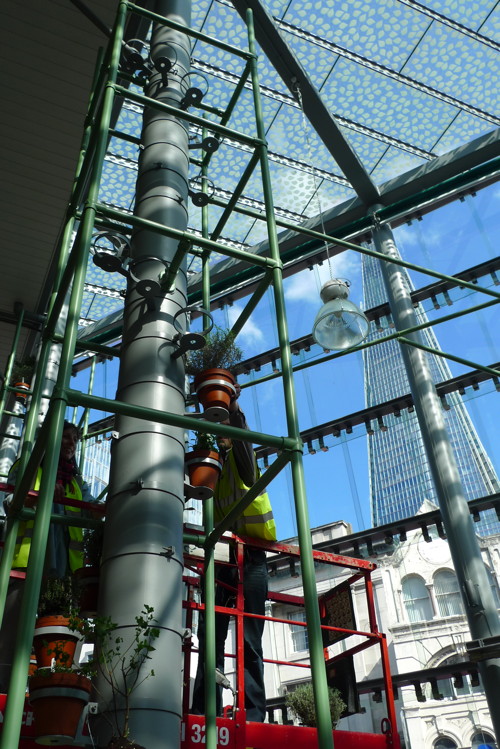 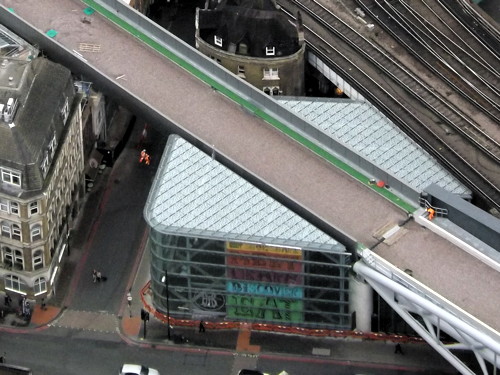 More than six years have passed since Network Rail first released images of the glazed market hall which would be constructed on the site of buildings demolished to make way for a new railway viaduct.

Next month the hall – at the corner of Borough High Street and Bedale Street – will finally open to the public.

Its function is described by Borough Market as "a classroom, a kitchen, an orchard, a function room, a reception area, an information hub and a dining hall".

The space will be used for growing hops, fruits, flowers, herbs, olives and salad leaves, with, vertical planters running up the pillars and benches constructed with planting spaces at either end.

The plants will be watered using a rainwater irregation system and the resulting produce will be used for cooking demonstrations, tastings, workshops and, in the case of the hops, potentially the brewing of beer.