"This is the start of the next era of Borough Market," said managing director Keith Davis as traders moved back in to Three Crown Square this week after the construction of a new rail viaduct. 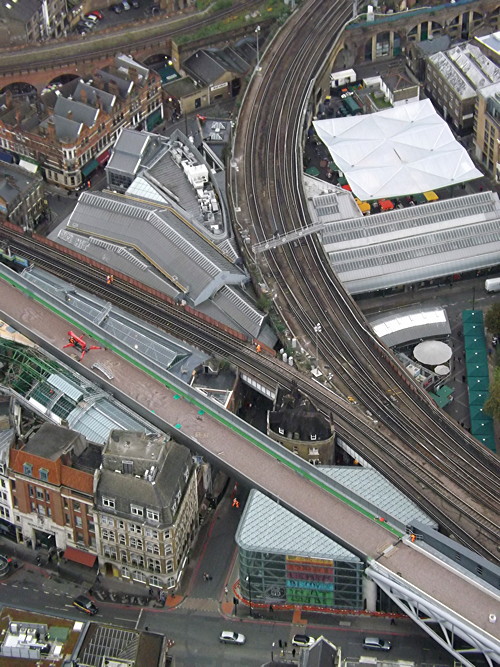 Borough Market from the Shard 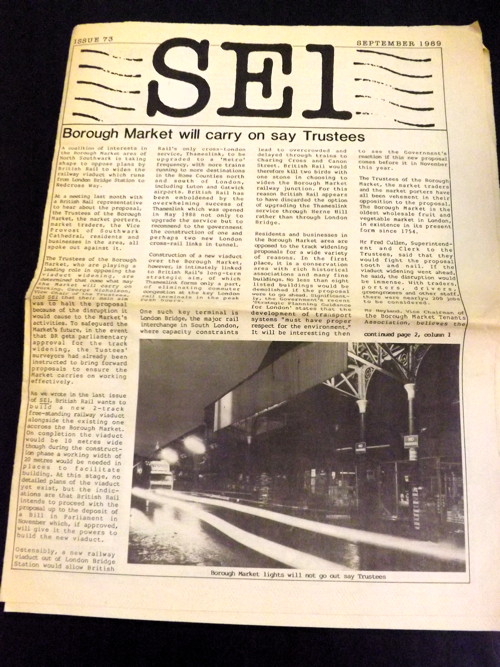 How the SE1 community newspaper reported the rail viaduct plans back in 1989. At that time the market trustees vowed to fight the proposals "tooth and nail" 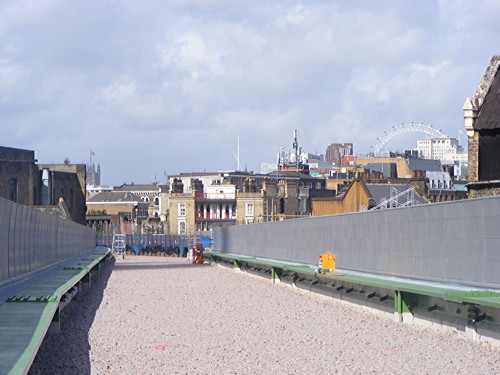 Looking along the top of the viaduct above Three Crown Square 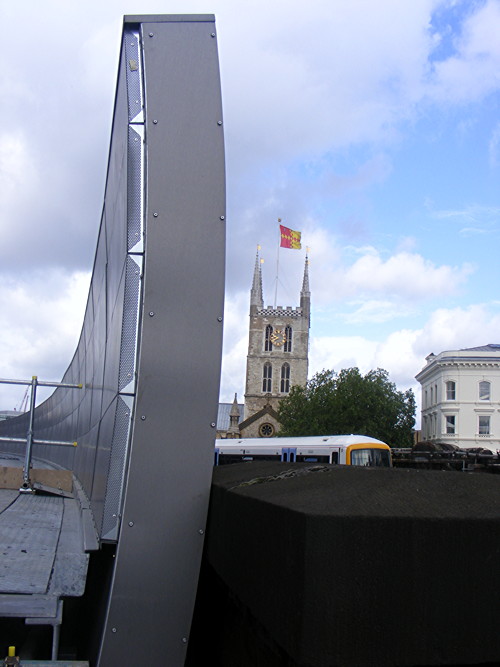 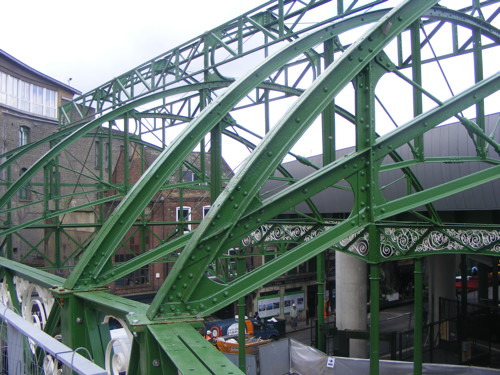 The roof of Three Crown Square was reassembled last summer 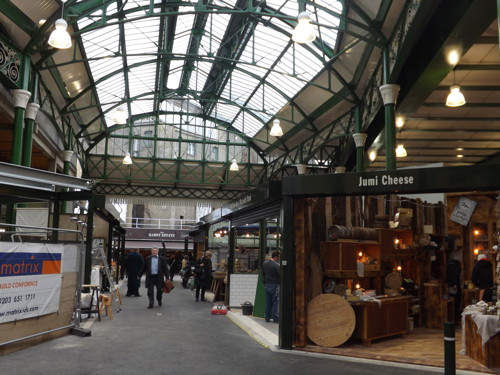 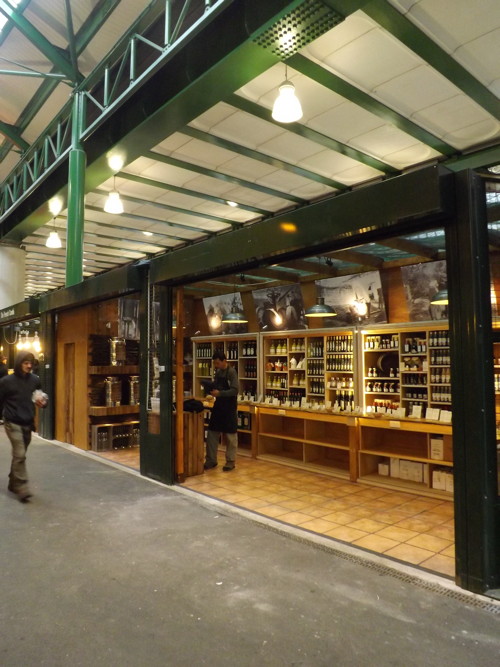 Traders with their own shuttered cages have three-year licences, enabling them to invest in the fit-out of their stalls

After more than two decades of uncertainty over the railway plans and their potential impact on Borough Market, in August 2009 traders left the historic Three Crown Square section of the market to allow work to start on the construction of the viaduct.

The new viaduct, built as part of the Thameslink Programme, will eventually carry trains heading from London Bridge to Charing Cross, freeing up capacity on the Victorian viaduct for cross-London trains bound for Blackfriars and beyond.

Although it won't be used by trains till 2018, the viaduct is now finished and the market has been restored around it.

During the three-and-a-half year closure, the iron and glass market roof has been cleaned, painted and reassembled in a new configuration alongside the new viaduct.

"Borough Market has adapted to meet the needs of Londoners for hundreds of years and continues to do so," said Donald Hyslop, chair of the market's trustees.

"The reopening of Three Crown Square signifies the next chapter in our long and rich history – providing a world-class, ingredient-led market space to meet the needs of a 21st century London, whilst staying true to our unique identity."

The layout has been designed so that fruit and vegetable traders are showcased at the main market entrances.

Three Crown Square features a mix of traders with their own highly customised shuttered cages and those who set out their wares on simple trestle tables.

Whilst Three Crown Square is now up and running, the new glazed market hall on Borough High Street isn't quite finished yet. The extra space will initially be used to provide a bit of extra breathing room around the stalls in the Green Market, as well as seating for shoppers to sit and enjoy their purchases.

After last summer's experiment with seven-day opening during the Olympics and Paralympics, the market doesn't currently intend to move beyond its core trading days of Thursday, Friday and Saturday. The Monday-Saturday lunchtime market will continue, as will seasonal special events on Sundays.

Other plans in the pipeline include a home delivery service.