A glazed trading space for Borough Market could be built on the corner of Borough High Street and Bedale Street as part of the Thameslink scheme. 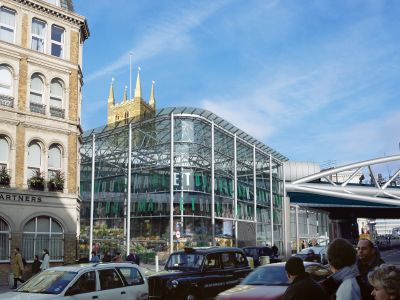 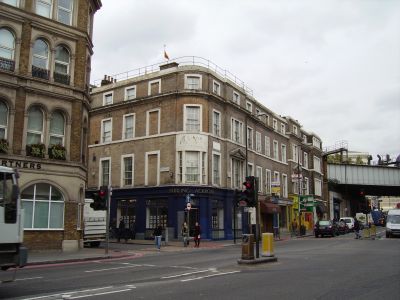 Last month the government granted legal powers to Network Rail to build a new viaduct through Borough Market which would require the demolition of a number of buildings in the area.

Network Rail had envisaged a replacement retail/office scheme for the site currently occupied by businesses including Stirling Ackroyd, Jade's Cafe and Snappy Snaps. The design was deemed unacceptable by the planning inspector "as it would fail to preserve the character and appearance of the Conservation Area".

The inspector instead gave his backing to the alternative proposal for a glass and steel market hall on the site.

The Thameslink scheme's promoters are keen to stress that the market hall proposal would improve the visibility of Borough Market from Borough High Street and open up new views of Southwark Cathedral.

Local campaigners are continuing to raise awareness about the impact of the rail scheme on the historic market by collecting signatures on a petition. More information is available from the Save Borough Market Area Campaign website.

Funding for the Thameslink scheme – formerly known as Thameslink 2000 – has yet to be agreed by the government.