A 70-year-old amphibious aircraft flew along the River Thames on Wednesday morning as it set off to trace the route of the 1913 Circuit of Britain Race. 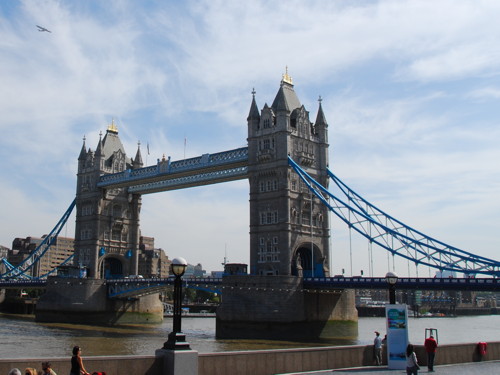 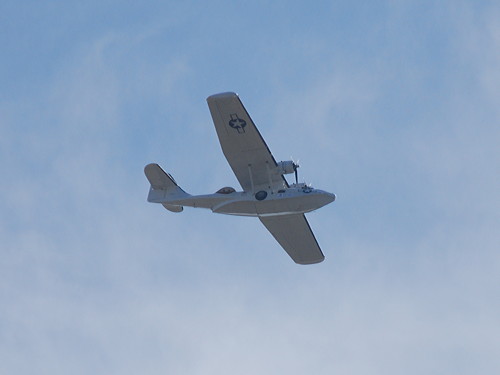 Catalina G-PBYA, operated by Plane Sailing Air Displays Limited, took off from its base at IWM Duxford on Wednesday morning to tour the UK to mark the centenary of the 1913 Circuit of Britain flight, which was flown by pilot Harry Hawker and mechanic Harry Kauper, both Australians, in a Sopwith Waterplane.

The Catalina celebrates its 70th birthday this month, making it the oldest UK-based airworthy amphibian.

The Circuit of Britain Race was the first major British competition for seaplanes. It was supported by Lord Northcliffe, the proprietor of the Daily Mail, who was a great fan of aviation races.

Shell Aviation provided the lubricants for the original race and is doing the same 100 years on.

The 2013 crew took off from IWM Duxford in Cambridgeshire on Wednesday morning to complete the 1,600 mile route over approximately five days. They will be flying over some key historic sites, including Kingston, where the Sopwith Factory was based; Hook in Chessington, where Harry Hawker is buried and Brooklands Aerodrome (now Brooklands Museum), where Harry Hawker learnt to fly and tested aircraft for use in the First World War.

Although four aeroplanes were originally entered for this aerial challenge in 1913, of their competitors, Samuel Cody was killed in a flying accident on 7 August, while F K McLean withdrew his Short S.68 aircraft due to engine trouble. The Radley-England Waterplane was withdrawn for the same reason. Only the two Harrys took off on the day of the race.

Their first attempt ended at Yarmouth with a cracked cylinder head and pilot exhaustion.

They started again on 25 August and managed to fly to just north of Dublin, but crashed in the sea when Harry Hawker's foot slipped off the rudder while landing. The aircraft was destroyed and Harry Kauper broke his arm. Harry Hawker got a soaking, but was otherwise unharmed. While the Daily Mail prize money of Ł5,000 could not be given, a consolation award of Ł1,000 was donated.

Shell commissioned Mappin & Webb to make a model of the Sopwith Waterplane which was presented to Harry Hawker.

The 2013 Catalina commemoration is led by pilot Jeff Boyling who, like Harry Hawker, was born in Australia and shares a passion for aeronautical adventure.

Jeff said: "Flying the Catalina G-PBYA is a huge privilege and honour. It is wonderful that this historic aircraft can pay tribute to a great aviator who was a real pioneer. May the memory of Hawker live on."

The Catalina is expected to pass Tower Bridge again at 4.14pm on Sunday 25 August on its way back to Duxford.