Several thousand of the ceramic poppies from the World War I centenary art installation that captured the public imagination at the Tower of London in 2014 have been brought to SE1 as the nation prepares to mark the 100th anniversary of Armistice Day. 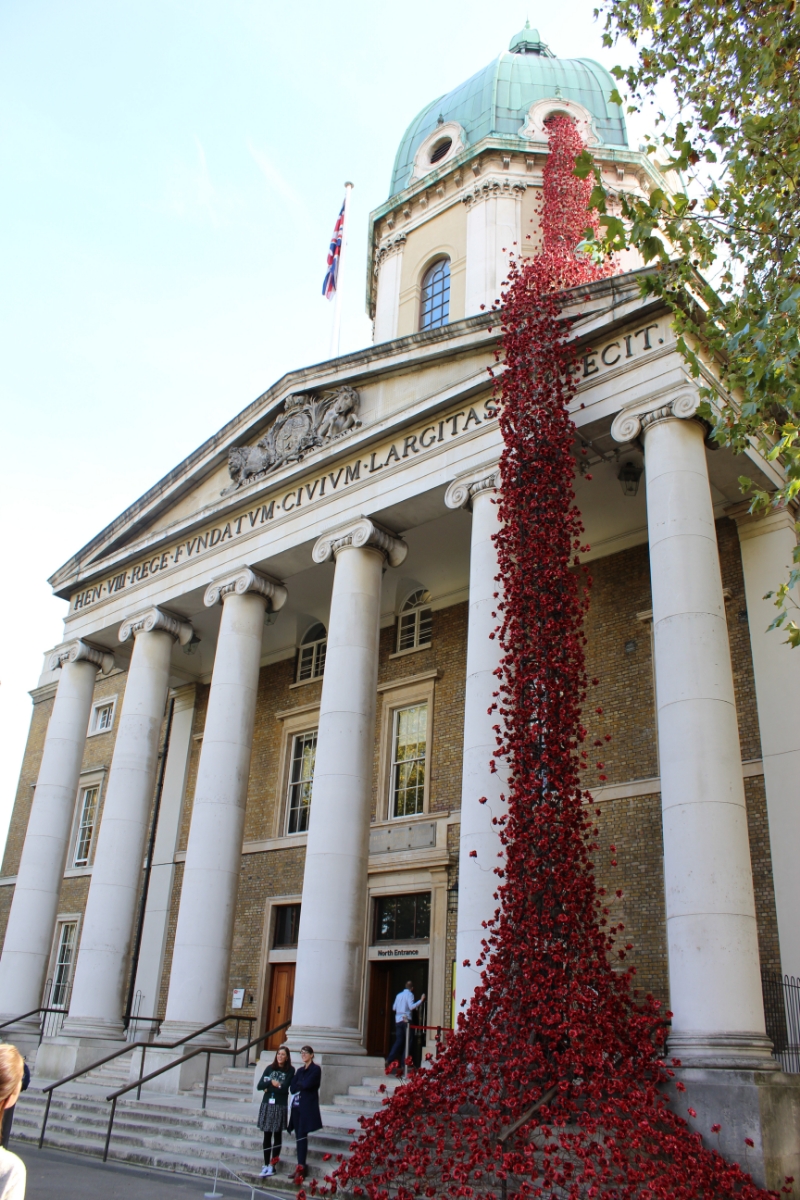 Weeping Window is a cascade made up of several thousand handmade ceramic poppies seen pouring from a high location to the ground below.

Weeping Window was initially conceived as one of the key dramatic sculptural elements in the installation Blood Swept Lands and Seas of Red at the Tower of London in the summer and autumn of 2014.

Over the course of their time at the Tower, the sculptures were gradually surrounded by a vast field of ceramic poppies, each one planted by a volunteer in memory of every British or colonial life lost at the front during the First World War.

In their original setting they captured the public imagination and were visited by over five million people.

Since 2014 elements of the poppy installation have toured the country as part of 14-18 NOW, the UK's arts programme for the First World War centenary. They have already been seen by over 4 million people at 18 locations.

IWM North and IWM London are the final two locations for the sculptures. At the end of the tour the sculptures will be coming into the care of Imperial War Museums.

Weeping Window is at the Imperial War Museum in Geraldine Mary Harmsworth Park until Sunday 18 November.