Councillors, council staff and contractors gathered in Tabard Gardens on Tuesday to celebrate the raising of the park's new green flag award. 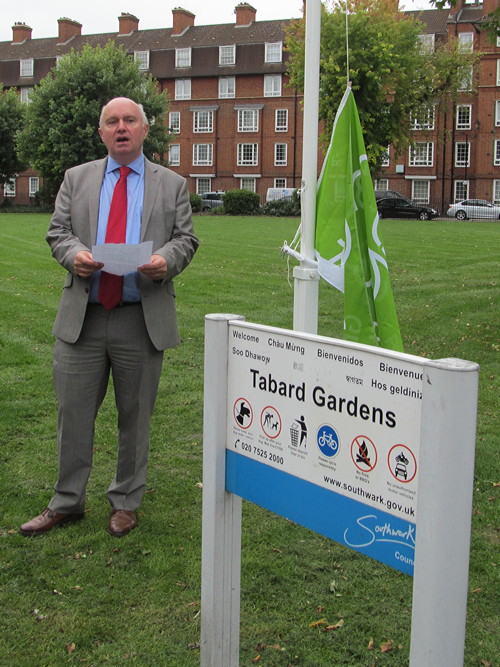 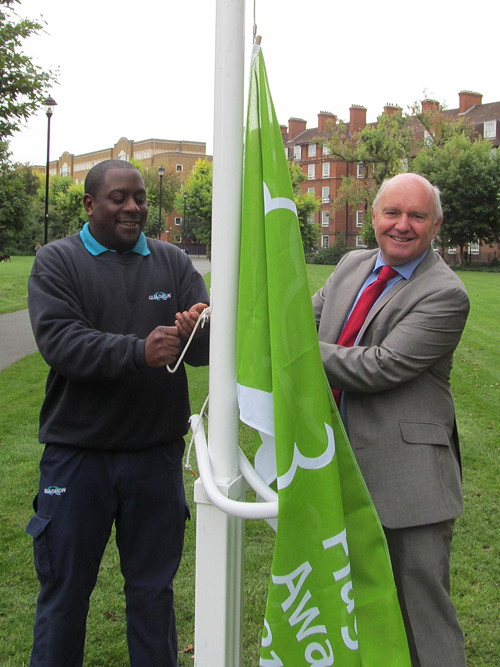 Cllr Hargrove raises the flag with a representative of Quadron, the council's parks maintenance contractor

Keep Britain Tidy, which administers the national scheme for parks on behalf of the Government, announced last month that Tabard Gardens had achieved the green flag standard for a high-quality open space.

"This is an important local park and a welcome haven from a busy environment," said Cllr Barrie Hargrove, cabinet member for environment and transport.

"The park is very well used and offers a diverse range of facilities from quiet spaces and large open grass areas to the nature area and the active recreation area."

In his speech Cllr Hargrove recalled that the gardens had been created by the London County Council as part of a slum clearance programme.