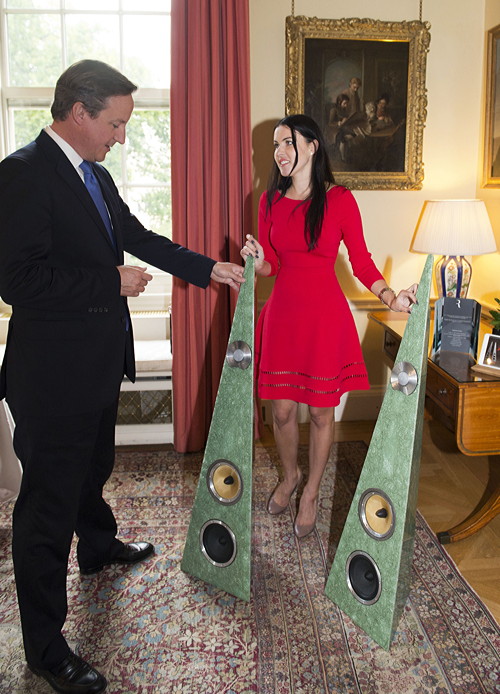 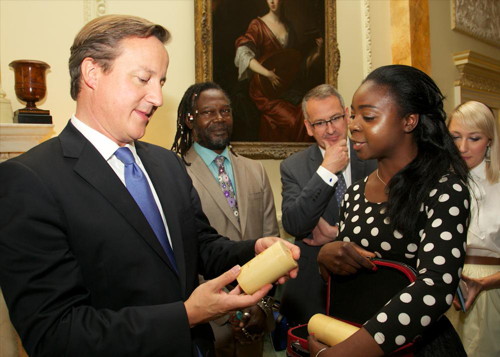 Emma graduated in 2012 with a BA (Hons) degree in theatre practice, after which she joined the university's enterprise associate scheme and launched her business Agese Oils, specialising in developing and manufacturing natural cosmetics.

After completing the BSc (Hons) in product design in 2010, Arina went on to launch her business Rinz Sound and later joined the enterprise associate scheme. Arina's business makes in eco-conscious speakers made from recycled glass – the world's first speakers of their kind.

Emma and Arina's businesses, now based in LSBU's Clarence Centre for Enterprise and Innovation, both benefit from the Government's New Enterprise Allowance and Start-Up Loan schemes. The schemes have just received Ł69 million of additional funding.

Arina said: "It was an honour to present my product to the prime minister and to talk about my business and vision. It was a unique opportunity and I am very proud of it."