Sir Simon Hughes has begun his four-year term as chancellor of London South Bank University with a formal installation ceremony at the Purcell Room. 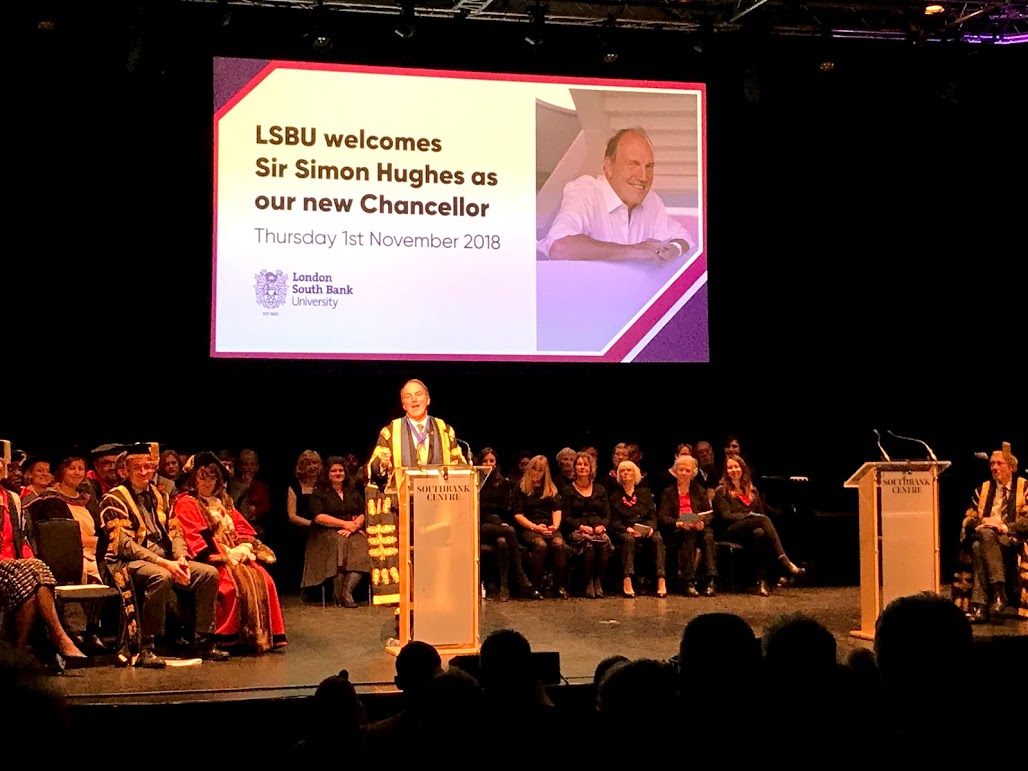 The former Liberal Democrat MP for Bermondsey & Old Southwark was named as the next chancellor of London South Bank University this summer.

His installation ceremony took place on Thursday at Southbank Centre's Purcell Room in front of a packed audience of community representatives from Southwark and Lambeth and many of Sir Simon's political friends and colleagues.

The ceremony included performances by the Borough Welsh Choir, the LSBU Voices staff choir and pupils from Bacon's College.

Pledging to do more than turn up for the university's ceremonial events, Sir Simon promised that he will make himself available to students at the university, and told the audience has several projects lined up, including an annual mailshot to every household in Southwark to raise awareness of courses and apprenticeships.

Sir Simon takes over from Richard Farleigh who received an honorary fellowship at Thursday's ceremony.

Past chancellors of LSBU include Sir Trevor McDonald.

Since leaving Parliament in 2015 Sir Simon has held roles with the Open University and is now advising Spanish train-builder Talgo on its bid to build the rolling stock for HS2.