Patricia Moberly, Chairman of Guy's and St Thomas' Hospital NHS Trust, presided over the topping out ceremony at the new Evelina Children's Hospital in Lambeth Palace Road on Monday. 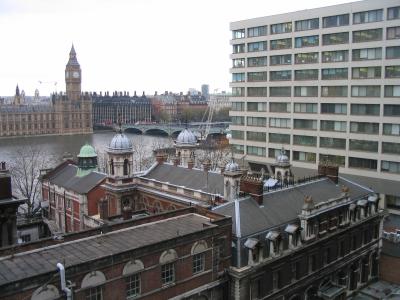 A yew branch was swung over the site by a crane, and Patricia Moberly smoothed off a concrete plinth at roof level. The ceremony is a traditional way of signifying completion of the main structure of a new building. 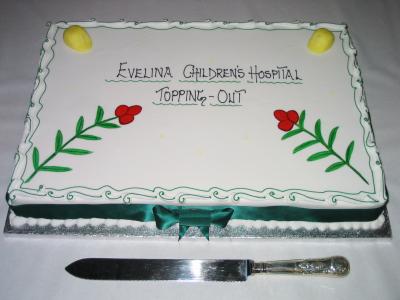 The concrete bones of the seven-story structure are now in place, with a four-storey high gap through the centre where the conservatory will go. The conservatory will be the social heart of the building, housing a gallery and performance space, a cafĂ© and the hospital school.

The foundation stone for the paediatric hospital was laid in March 2003, by Dr Rowan Williams, Archbishop of Canterbury. Construction should be completed by August 2004. 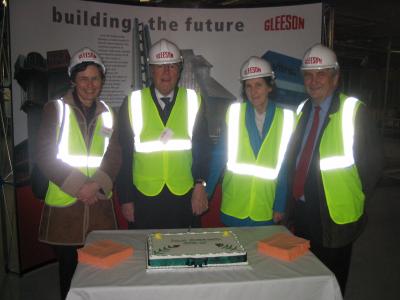 Kate Hoey, MP, and Jane Williams, wife of the Archbishop of Canterbury, joined in celebrating the occasion, which was hosted by the M.J. Gleeson Group, contractors on the project. Teams from architects Michael Hopkins and Partners and structural engineers Buro Happold raised a toast to Guy's and St Thomas' Charitable Foundation, which provided Ł50 million of the Ł60 million funding for the project.