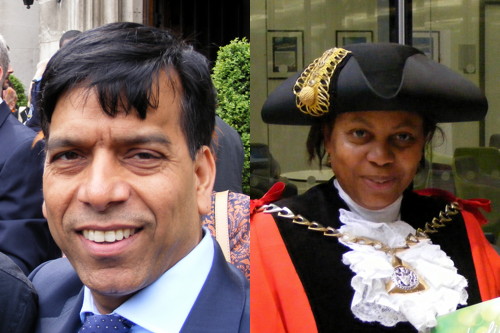 Mr Goyal claimed that the Labour Party had failed to live up to its values in its treatment of people from ethnic minorities.

The All People's Party's deputy leader is Ade Lasaki, the former South Bermondsey Liberal Democrat councillor who defected to Labour shortly before the 2010 borough elections.

Now the party has formed a group on Southwark Council with the news that it has recruited former Southwark Mayor Althea Smith from Labour and independent councillor Stephen Govier.

Nunhead's Cllr Smith – a former chair of the planning committee – was Mayor of Southwark in 2012-13. Last year it emerged that she had not been reselected to fight this year's elections by local Labour Party members.

Cllr Govier was also elected on a Labour ticket in South Camberwell in May 2010 but has sat as an independent member since it became known that he had served a jail sentence in the USA for shooting and wounding an intruder in his Californian home.

Cllr Smith said: "As a councillor and first citizen of Southwark it was my duty to represent all the people.

"Instead, I was expected to act as the mouthpiece for just the ruling Labour Party."

She added: "People's concerns are too frequently dismissed by the governing elite.

"We will fight for equality at the top and put our communities first before party loyalty and always work to ensure nobody is excluded."

The two councillors have applied for recognition as a formal party group on Southwark Council, with Cllr Smith as leader and Cllr Govier as chief whip.

The defection means Labour now has 33 of the 63 seats on the council, with the Lib Dems having 25 members and the Conservative group comprising three councillors.

The APP plans to contest many wards across Southwark and beyond at the London borough elections on Thursday 22 May.