Campaigning for the 2014 borough council elections has moved up a gear as the Labour Party has revealed its slate of candidates. 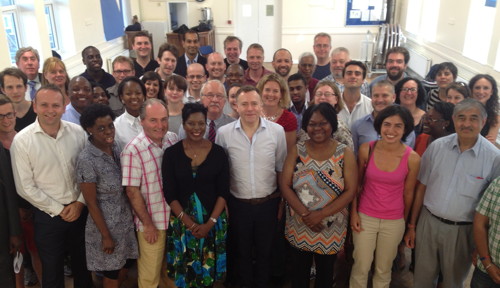 Most council seats in SE1 are currently held by Liberal Democrats but Labour will hope to capitalise on the coalition Government's unpopularity to make further gains locally.

Chaucer ward – which has seen the closest election results in recent contests and current has two Lib Dem councillors and one Labour member – will be contested next year by Karl Eastham, Claire Maugham – chair of governors at Charles Dickens Primary School – and Vijay Luthra. Incumbent Labour councillor Claire Hickson is not standing again.

South Bermondsey ward is also expected to be a tight contest and the party's candidates will be Catherine Dale, Sunny Lambe and Leo Pollak.

In Riverside ward, where the Conservatives are now the main challengers to the incumbent Lib Dems, Labour has picked Edward Davey, Mayowa Sofekun and Jonathan Samai.

In Newington ward, which includes the Strata SE1 tower and Draper Estate at the Elephant & Castle, incumbent Labour councillors Neil Coyle and Patrick Diamond will fight the 2014 election alongside Eleanor Kerslake.

"Now, we have a group of candidates in place who reflect the diversity and talent of our borough – ordinary people who use council services and work hard to improve their local areas.

"This team is going to take the fight to Simon Hughes and the Lib Dems for their terrible record in this coalition Government but also make a positive case as to why a Labour-run Council is the only one that will make Southwark a better and fairer place to live."

Former Labour activist Prem Goyal, who narrowly lost out to Neil Coyle in the selection process to become the party's parliamentary candidate for Bermondsey & Old Southwark, is now setting up his own party of "community champions" which will field a slate of council candidates next year.

Mr Goyal accuses Southwark Labour of "inequality and unfairness" in its choice of candidates and office-holders.

• London borough council elections are usually held on the first Thursday in May but the 2014 polling day has been deferred until 22 May to coincide with elections to the European Parliament.