Cllr Adedokun Lasaki, who has represented South Bermondsey for the Liberal Democrats since 2006, has applied to join the Labour Party. 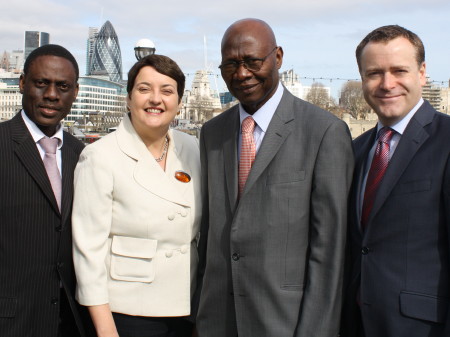 Cllr Lasaki was first elected in 2006 and has lived in Southwark since 1974. He has been chair of Decima Street Tenants' & Residents' Association and a director of the Leathermarket JMB.

Now he has quit the Liberal Democrats with just six weeks to go till the borough elections.

In his resignation letter to Lib Dem Leader Nick Stanton, he criticises the party's joint administration with the Conservative Party.

"Week after week I have met constituents in my weekly surgery in The Blue who have terrible housing problems, which I have no doubt, as someone who has been in the tenants movement for 25 years, are attributable to the policies which you have been pursuing."

Cllr Lasaki also says that the Lib Dem-led administration has been unwilling to allow criticism by its own members at cross-party scrutiny meetings: "On too many occasions as a member of the overview and scrutiny committee I do not feel that I have been allowed to challenge the executive and have been expected to be a mouthpiece for its policies," he writes.

Cllr Peter John, leader of Southwark Labour group, said: "I am delighted that Cllr Ade Lasaki is joining Labour and applying to sit as a member of the Labour group. Ade is a well-respected, hard-working councillor with a track record in the tenants' movement which stretches back years.

"Like many Southwark residents, Ade has seen how the housing service in our borough is crumbling before our eyes. This is leading to shocking rates of poverty which the Lib Dems and Tories together clearly do not care about."

Cllr Lasaki says that he only ever intended to serve one term as a councillor and did not seek reselection as a candidate by the Liberal Democrats.

The defection comes in the week of the final council assembly meeting of all the borough's councillors before the borough elections in May.

"Cllr Lasaki was a valued part of the Liberal Democrat team, but had decided not to stand again," said Cllr Nick Stanton, Lib Dem leader.

"His replacement, Michael Bukola, will be an excellent candidate and we wish Ade well in future."