Archbishop of Canterbury Justin Welby and communities secretary Eric Pickles visited the Rockingham Community Centre on Thursday to mark an expansion of the Near Neighbours programme. 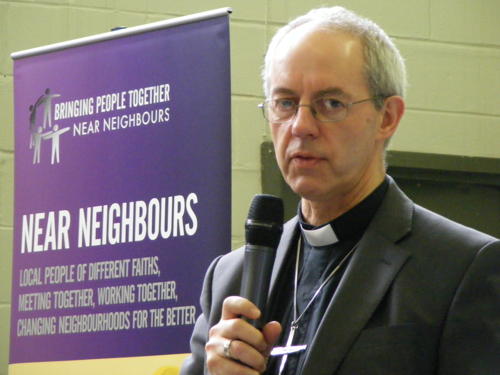 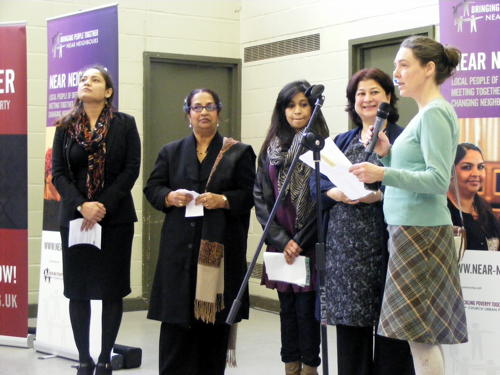 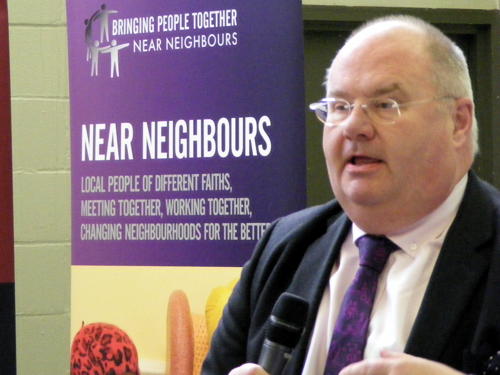 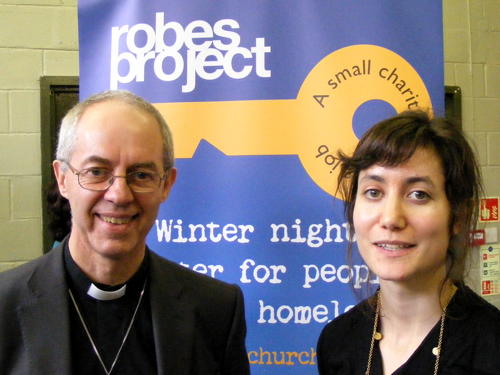 The Archbishop with Olivia Newington, coordinator of the Robes Project, a local ecumenical winter night shelter

The minister announced a £3m government grant to continue the countrywide programme, run by the Church Urban Fund, of bringing together faith communities to help local people transform and improve their neighbourhoods.

"We are delighted that the Department for Communities and Local Government has shown its commitment to local inter faith work for the common good by renewing its funding for the Near Neighbours programme," said the Archbishop.

"This means that Near Neighbours can continue for another two years, expanding into new areas of the country.

"This renewed funding is recognition of the hard work and prayer put in over the last three years by hundreds of people from local faith communities supported by the national church and inter faith groups. That work has touched thousands of lives and strengthened the fabric of our society. We have heard some great stories from Near Neighbours over the last three years and we look forward to many more."

The communities secretary, who joked that he was there to hand over a 'virtual cheque', said: "It's been terrific to see Near Neighbours go from strength to strength over the past three years, helping grass roots groups to improve the lives of those around them through practical action.

"These fantastic projects have been met with huge amounts of enthusiasm, creating a sense of lasting community spirit, and helping to transform neighbourhoods in the process.

"This extra money is a real investment in our shared future that will enable Near Neighbours to reach many more communities so they can become even better places to live."

The visit was hosted by community involvement worker Tasneen Husain and the Rockingham Women interfaith group which has received funds from the programme.

The Rockingham Community Centre is located in one of the most deprived parishes in the country.

Other speakers at the launch event included Revd Andrew Moughtin-Mumby of St Peter's Walworth and a representative of the Muslim Association of Nigeria's Old Kent Road Mosque.

Lib Dem communities minister Stephen Williams, who accompanied the secretary of state, expressed a hope of returning to see how the Elephant & Castle community was benefitting.

Near Neighbours chairman Baroness Eaton, who welcomed guests, said: "Near Neighbours is proving to be a really effective way of bringing people together in poor and diverse neighbourhoods, so that they can get to know each other and start doing those things together that make a real and positive improvement to their community."