Proposals to rebuild the Muslim Association of Nigeria's Old Kent Road Mosque have been approved by Southwark's planning sub-committee A. 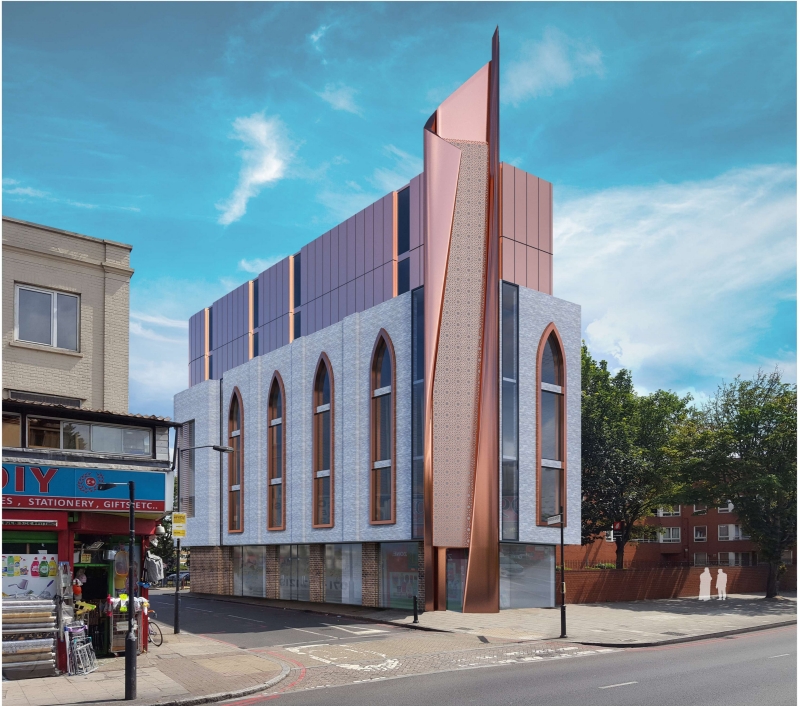 The mosque currently occupies the former Duke of Kent pub at the corner of Old Kent Road and Rowcross Street, but the congregation has outgrown the building which is increasingly dilapidated.

The association is proposing a new six-storey building with worship space as well as community rooms, sports facilities and shops on Rowcross Street.

Planning officer Sarah Parsons commended the design of the new mosque: "We feel that it has the potential to be a really successful local landmark," she said.

Architect Umair Waheed of Atelier UWA told councillors that he had designed "a building that is inclusive, visually welcoming and with an active glazed frontage ... but at the same time a building that is sensitive to its context".

Old Kent Road ward councillor Richard Livingstone addressed the meeting in support of the proposals. He said said: "It's ram-packed when you go there for Friday prayers and it is very clear that they need a bigger building."

The Muslim Association of Nigeria says it will need to raise further funds before work on the new building can begin.

The council received 168 comments in support of the application and 14 objections.

Seconding the motion, Cllr Martin Seaton said: "Old Kent Road wants a building of this stature along this path and I really hope that the applicants are able to fulfil their mandate and raise enough money."

Cllr Richard Leeming added: "I think this is a fantastic building that will benefit the community greatly."

The mosque was recently praised in the House of Lords by communities minister Lord Bourne talked about his visit earlier this year as part of a 'faith tour' of the country.

He told peers last month: "I was also privileged to learn about the twinning arrangement between St Philip's Church in Southwark and the Old Kent Road Mosque on this faith tour, and to see it in action.

"The church-mosque twinning programme is an excellent example of interfaith in action.

"It was clear to me from my visit that twinning has helped the relationship between the mosque and local clergy to move from initial contact, through dialogue, towards real mutual support and friendship."