Globe Academy pupil Samuel Japhet-Mathias has been recognised as one of Europe's top 40 basketball players in his age group. 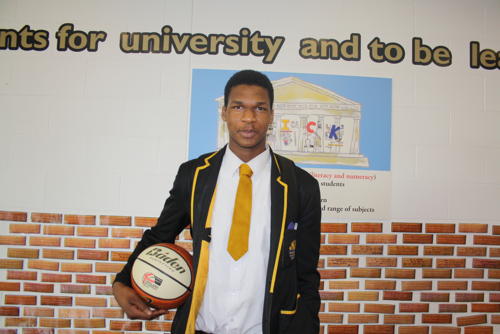 At 6'9 he stands head and shoulders above his classmates but it's his prowess on the basketball court that really makes him stand out.

The student, who has represented England at under-16 level, last weekend joined top US basketball coaches and trainers at the prestigious Jordan Brand Classic Camp in Barcelona

The three day camp gave players the chance to improve their skills and compete with Europe's best players for a place at the JBC International Game in Brooklyn this April.

Samuel said: "This is a great opportunity for me and it will help me take my skills to the next level."

Harry James, subject leader for PE at the Globe Academy in Harper Road, said: "Samuel's passionate about basketball and we work with him to help bring out his talent and reach his potential.

"He's an asset to our school and I'm sure will be one of the best in the world in the future."

Globe Academy principal Matt Jones added: "This is an outstanding achievement for Samuel and is a reflection of his dedication and hard work.

"We're proud to have him as part of our community here at Globe Academy. I'm sure, like me, Sam would like to thank all of the teachers and students that have supported him."