A peal of bells rang out across Borough High Street on Sunday after a thanksgiving service at St George the Martyr for the completion of the restoration project and the re-opening of the crypt as a community centre. 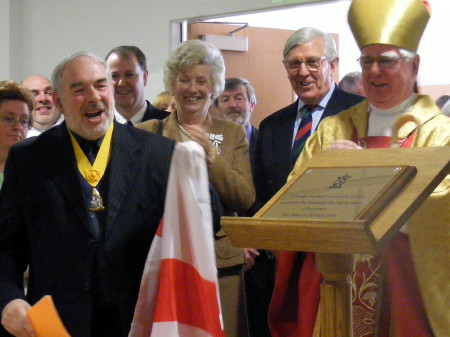 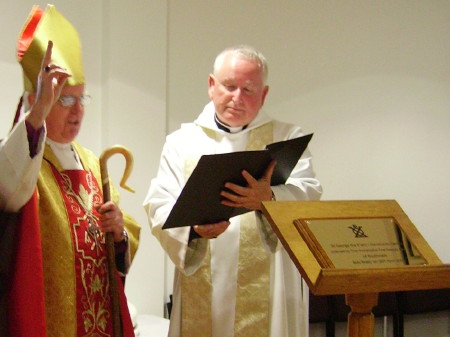 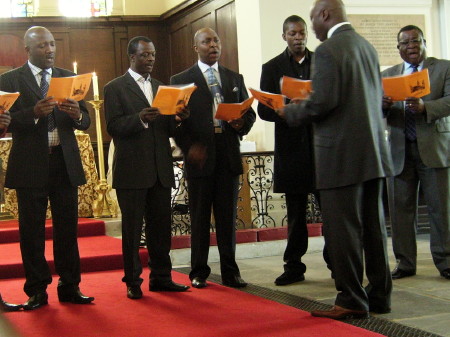 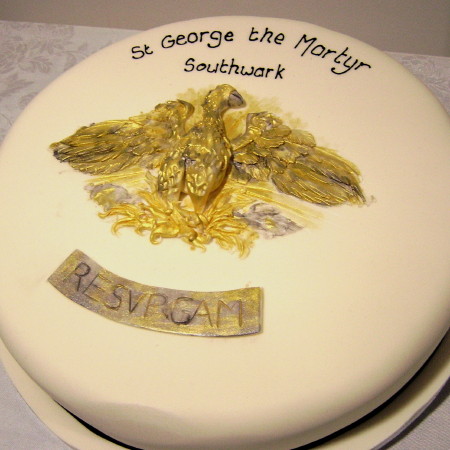 The £3.6 million project to stabilise and protect the historic church began in 2005 and the service marked the formal completion of work.

Bishop of Southwark Tom Butler spoke of the many images of St George as a Roman soldier, a dragon slayer in legends and a martyr knight.

"A church dedicated to St George can still adopt the three Cs identified with such nobility," suggested the bishop. "The Cs of charity, chivalry and courage." He commended those running on behalf of other people that morning in the London Marathon.

Bishop Tom welcomed the leadership of the church's new parish priest Ray Andrews and ended by saying to the congregation: "I pray for you but I also pray for all those who are not yet here but will be here through your witness and your service."

The service opened with a Tallis introit sung by the City of London Choir whose musical director Hilary Davan Wetton has been appointed as St George's director of music.

Recently departed church members Jack Hames and Marie McCarthy who ran a greengrocer's in Swan Street were included in prayers.

Grace Idowu, mother of murdered schoolboy David whose funeral was held at the church last year, was present.

In the congregation were former Rector Tony Lucas, who presided over the launch of the restoration appeal, with his wife Carolyn.

Also there was Ted Bowman who attended St George's School, knew the old crypt as a member of the 4th Southwark Scouts and married at the church in 1953. Jade Ogundere, a church member for 40 years, read a lesson.

The new and enlarged crypt was opened by former Southwark Mayor Bob Skelly, who welcomed "the tremendous community facility", and blessed and sprinkled with holy water by the Bishop.

Services are held daily in the church, which is featured by Charles Dickens in Little Dorrit, and the building is also open to visitors on Saturday mornings.

The new community space in the crypt is already being used every day by a range of local groups including some of those formerly based at Charterhouse-in-Southwark.

At the end of last year 1st Place in the Community launched a new under-5s drop-in, a youth club uses the space in the evenings and now Blackfriars Settlement is launching a programme of activities for older people called Blackfriars at Borough.

The rooms are also available for hire for evening community meetings.