The newly restored St Saviour's parish war memorial in Borough High Street was rededicated on Sunday - just in time for the start of the World War I centenary commemorations this summer. 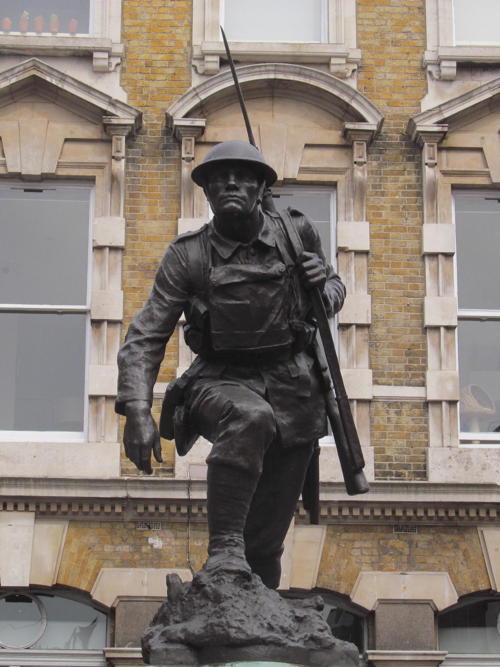 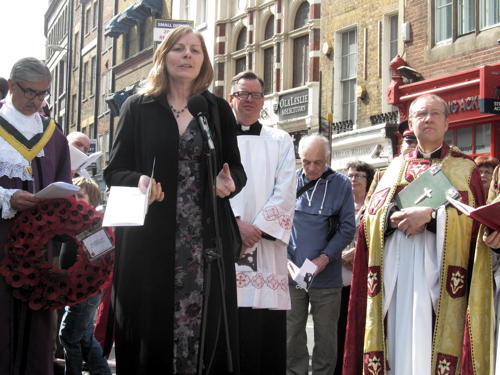 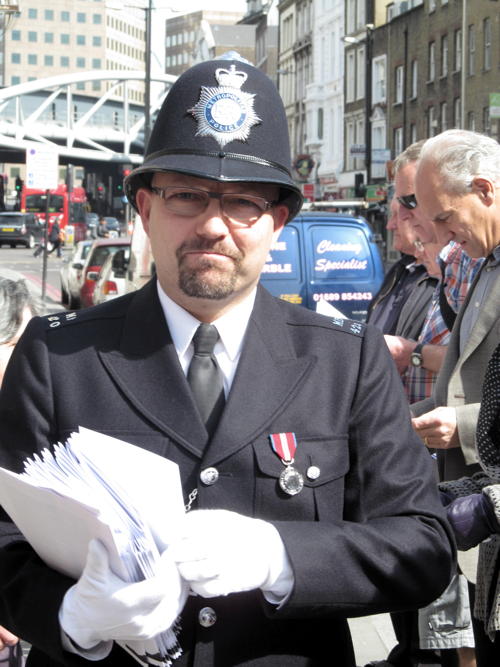 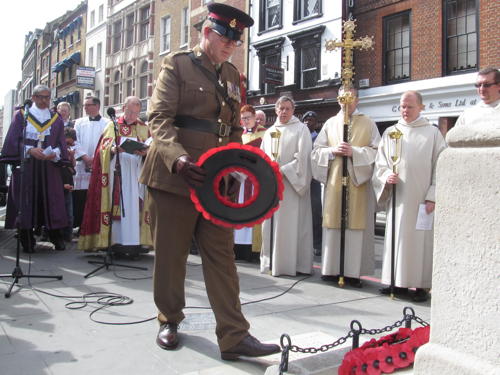 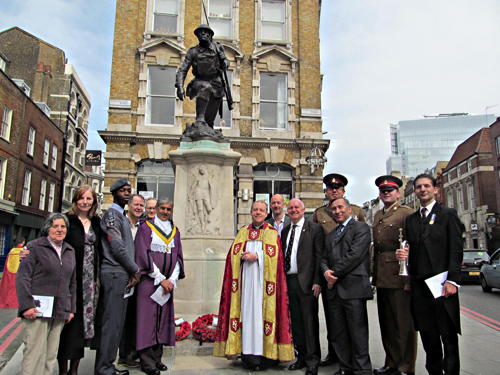 At the end of last year the memorial was dismantled to allow the foundations to be rebuilt.

On Sunday lunchtime local church and civic representatives gathered outside the Slug and Lettuce for the rededication service which was led by the Dean of Southwark, the Very Revd Andrew Nunn

A reading was given by Fr Christopher Pearson from the local Roman Catholic church of the Precious Blood.

In her address Cllr Adele Morris, councillor for Cathedrals ward, paid tribute to her predecessor, the late Cllr Hilary Wines, who had organised the regular Remembrance Sunday act of remembrance in Borough High Street.

Cllr Morris recalled the "consternation" of local residents in 2011 when one of the bronze reliefs fell off the side of the memorial. It was later found in the Slug & Lettuce where it had been taken for safekeeping.

She also thanked those who had played a part in the memorial's restoration, including PC Peter Osborne of the Metropolitan Police's Cathedrals Ward Safer Neighbourhoods Team and council officer Tony Coppock.

After the rededication the first wreath was laid by the Deputy Mayor of Southwark Cllr Sunil Chopra.

A new plaque has been laid in the pavement in front of the memorial to record the restoration of the structure by Southwark Council.

• On Sunday morning the congregation of Southwark Cathedral learnt that Canon Bruce Saunders, sub dean and canon pastor of the cathedral and priest-in-charge of St Hugh's Bermondsey, will retire this summer.