The cyclist killed in a collision with a lorry at Elephant & Castle on Tuesday has been named as Abdelkhalak Lahyani. 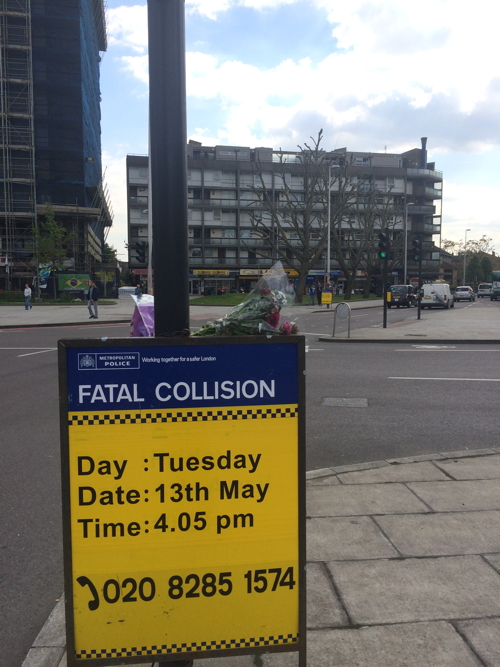 Mr Lahyani, who was aged 47 and lived in Walworth, was cycling to work at the Oxo Tower Restaurant when he was hit by a lorry at Elephant & Castle's southern junction during Tuesday afternoon's rush hour.

The lorry driver, a man aged 49, was later arrested on suspicion of causing death by careless driving. He has been released on bail until July.

Anyone with information that could assist the police investigation is asked to call 020 8285 1574.

Mr Lahyani's widow Fatima Manah laid flowers at the scene of the collision on Saturday morning whilst members of Southwark Cyclists and Roadpeace gathered at the Elephant & Castle for a short vigil on their way to the London Cycling Campaign's Space for Cycling ride in Westminster.

This Wednesday the Stop Killing Cyclists campaign has called a protest at the Elephant & Castle.