Southwark Playhouse has confirmed that it is close to achieving its long-standing aim of opening a permanent home at the foot of a new Elephant & Castle skyscraper, as well as creating a satellite venue below London Bridge Station. 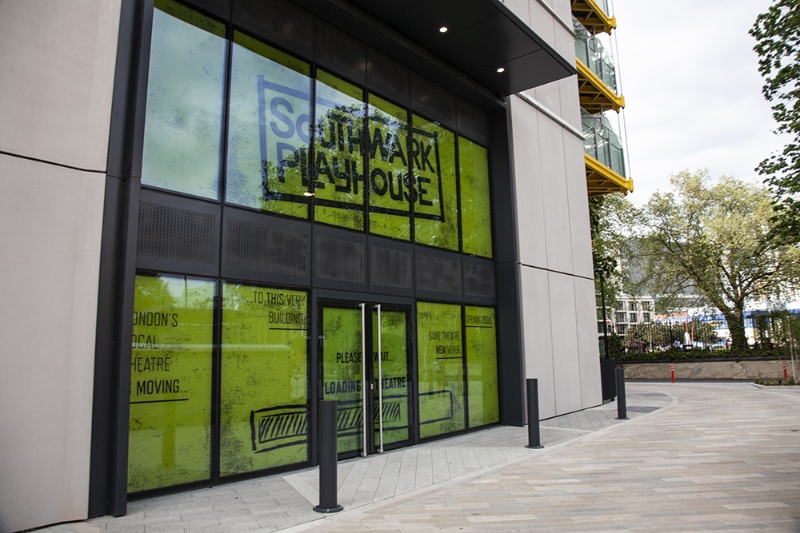 The theatre company needs to raise the final £2 million towards the £10 million cost of fitting out the two venues which between them will seat around 500 people.

Founded in Southwark Bridge Road in 1993, Southwark Playhouse has more recently been based at London Bridge and is now in Newington Causeway.

More than a decade has passed since Southwark councillors approved plans for a high-rise block of flats on the site of the London Park Hotel at Elephant & Castle, with provision for the Southwark Playhouse as part of the deal.

Since then the site has changed hands several times and the project appeared to have fallen through on more than one occasion, but now completion of the vision could be just a year away.

With the Newington Butts scheme in doubt, Southwark Playhouse also managed to secure a commitment from Network Rail that it could return to the railway arches below London Bridge Station after the rebuilding of the rail interchange.

The result is that in 2019 Southwark Playhouse will swap its current site for two new venues: one at 10 Bermondsey Street and another just south of Elephant & Castle.

"The decision to have two Southwark Playhouses from 2019 onwards came about as a series of twists and turns in our bid to find a permanent home and over the past two years, it has become increasingly clear that this development is an absolutely necessary one for our organisation.

"It means we can continue our good work but also significantly increase the opportunities we can offer to local Southwark residents and new and emerging theatre artists. There's a lot to do but I genuinely can't wait to welcome everyone into our new homes from – funding pending – next year!"

Tim Wood, chair of the trustees of Southwark Playhouse, said: "What an exhilarating time in the history of this organisation and an amazing opportunity to finally set down roots in Southwark after 25 years of being theatrical nomads.

"The welcome return to the London Bridge arches and a permanent, flagship venue at Newington Butts in Elephant and Castle, which is, rather fascinatingly, on the same site as the old Newington Butts Playhouse where a young man called William Shakespeare tried out some of his early plays in June of 1594.

"There is a sense of the theatre coming back after over 400 years that is very thrilling in the refreshing charge of an intrepid and daring team led by invincible artistic director Chris Smyrnios."

What's in the rest of the Newington Butts scheme?

The 45-storey tower at Newington Butts is now owned by Realstar and most of the flats are rented out under the UNCLE brand, with a one-bedroom flat from £450 a week.

Peabody is the landlord of the flats on floors 2 to 9 which are offered under the name Castilla on a shared ownership basis to Londoners with a household income in the £60,000 to £90,0000 range.

The adjoining low-rise blocks along Churchyard Row have been purchased by Southwark Council, where 79 flats will be let at council rents.

Here's the audio of the Southwark cabinet item from October 2017: