Did council meeting cost more than Ł400 a minute?

A row has broken out over a Southwark Council meeting that cost thousands of pounds to arrange but lasted just 30 minutes. 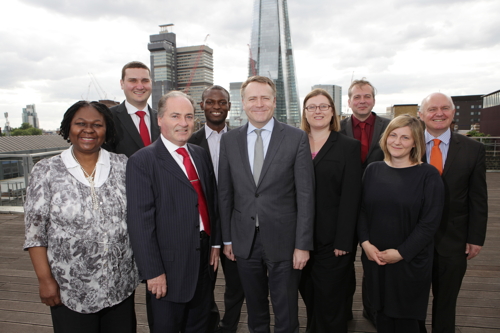 Southwark Liberal Democrats say that last week's council assembly meeting – where the main business was the announcement of the new members of the borough's cabinet – was a waste of money.

The meeting was held in the atrium of the council's Tooley Street HQ. Last year the council put the cost of converting the foyer space into a chamber for formal meetings at Ł12,500 a time.

"At Ł400 a minute, this may be the most expensive council meeting ever to have taken place," said Lib Dem leader Cllr Anood Al-Samerai.

"Labour councillors complain that council money is tight, yet they are happy to spend thousands of pounds on a completely needless meeting.

"Liberal Democrats asked for this meeting to be joined on to another one already taking place, which would have made a lot more sense particularly as we had one only four days beforehand. Labour councils just can't help themselves from wasting money."

Individual desks and microphones were provided for all 63 members of the council but apart from the Mayor on the top table only three councillors spoke during the 30-minute meeting.

Nearly half of the meeting was taken up with a speech from council leader Peter John announcing the names and portfolios of the borough's reshuffled cabinet.

Labour claims that by combining the Southwark Civic Awards with the mayor-making ceremony it saved nearly Ł2,000 – and the cost of holding the two events together was actually less than the cost of the previous year's civic awards alone.

Labour's Cllr Peter John said: "At the election last month the voters of Southwark showed a clear rejection of the negative politics of the Liberal Democrats, so it is disappointing to see that instead of engaging with democracy the Lib Dems are set to spend four more years sniping from the sidelines.

"The Lib Dems have shown once again they have no vision for the borough and nothing to say on the big issues. They claim to speak for their local communities, yet at this meeting they did not put forward a single nominee for any of the community councils.

"While the Lib Dems continue to push their negative message, Southwark's Labour council will get on with delivering on our manifesto pledges for the borough, including 11,000 new council homes, affordable childcare and free swimming and gyms for all residents."

Labour councillors have also criticised Cllr Al-Samerai for making an 'inappropriate' political speech during the mayor-making ceremony in which she called for the position of mayor to be rotated between the political parties represented on the council.