A statue of railway artist Terence Cuneo - unveiled by the Princess Royal a decade ago - has been removed from Waterloo Station and will be displayed at an army barracks in Kent. 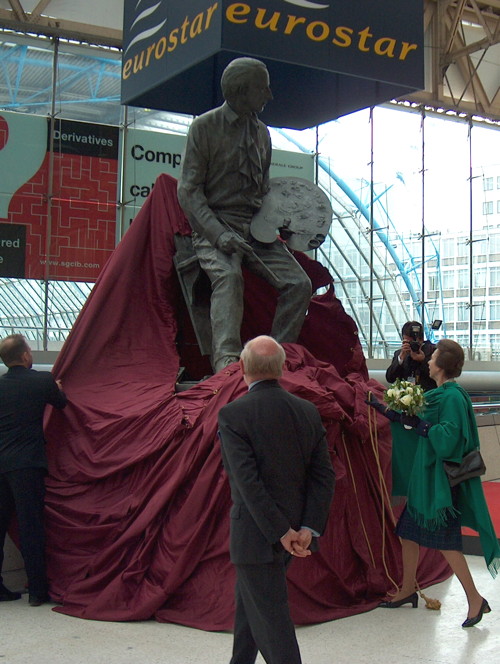 The Princess Royal unveiled the statue in 2004 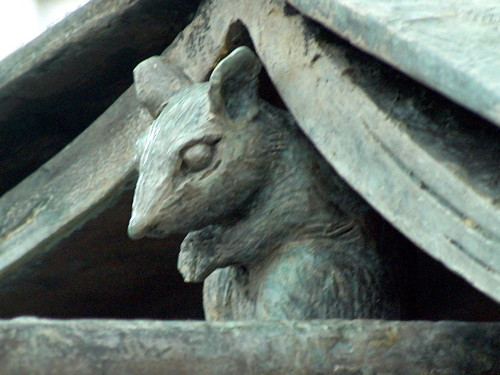 Cuneo's trademark was the inclusion of a mouse in each of his paintings. A rodent was incorporated into Jackson's statue too.

Painter Terence Cuneo (1907–1996) was well known for his scenes of railways, horses and military action. He was also the official artist for the Queen's coronation in 1953.

In 2004 the Princess Royal unveiled a statue of Cuneo by Philip Jackson on the concourse of Waterloo Station.

Now, with work under way to bring some of the disused Eurostar platforms into use for commuter trains, the statue has left Waterloo for a new home at an army barracks in Kent.

Cuneo served as a Sapper in World War II and the statue will form the centrepiece of a new quadrangle at Brompton Barracks, home of the Corps of Royal Engineers.

"Earlier this year we were going to move the statue a few metres along the parapet of the international terminal to allow work to continue to bring platforms 21-23 back into use," said a spokesman for the Network Rail / South West Trains Alliance.

"The statue is a much-loved feature of the station and we were happy to keep him.

"However, Waterloo is likely to face further development in the next few years to cope with the continued growth of the station – heading for 100 million passengers a year – and that would almost certainly have meant further moves for the statue.

"The Cuneo Society felt that they would rather put the memorial somewhere where it could sit permanently and looked for a new location.

"We were happy to help them and although he will be much missed, we're pleased that the Cuneo Society have found the statue such a great new home."

Cuneo's famous 1967 painting of the Waterloo Station concourse was recently damaged in an accident at the National Railway Museum in York.