News UK, the British arm of Rupert Murdoch's publishing business, has donated 88 tablet computers to Southwark libraries to mark their move into the borough. 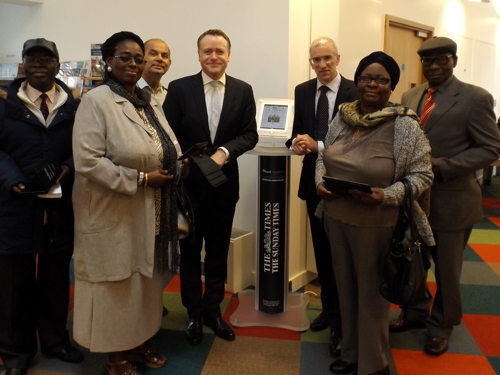 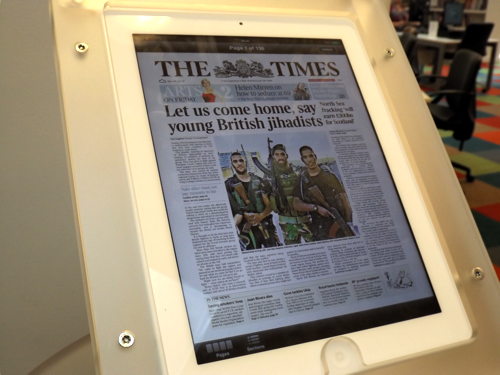 News UK, which publishes The Times and The Sun, is moving into its new offices at The News Building next to the Shard at London Bridge.

The company has donated a total of 88 Google Nexus and Apple iPad tablets to public libraries in Southwark.

Free subscriptions to The Times and Sunday Times apps are included on each device.

Over the last year Southwark libraries welcomed over two million visitors, a figure which is expected to increase as libraries continue to benefit from investment.

Ten Google Nexus tablets have been made available in eight Southwark libraries including the John Harvard Library in Borough High Street.

Each of the eight libraries will all also receive an iPad mounted on a specially made stand offering public access to The Times app.

"On behalf of the people of Southwark I'd like to thank News UK for their generous gift," said council leader Cllr Peter John.

"Whilst other councils are closing down libraries, we are investing in and opening new state of the art facilities.

"These devices will perfectly compliment our commitment to providing the best spaces for learning that are comparable with anywhere in London.

"This is a good example of how we are absolutely focused on growing strong relations with Southwark based businesses in order to maximise meaningful learning, skills and employment opportunities for local people, particularly the young and disadvantaged."

Mike Darcey, CEO of News UK, said: "I cannot think of a better home for our talented and dedicated staff and I'm delighted with this initiative to ensure that our new neighbours in this vibrant and historical patch will have access to our world class technology and titles.

"Having signed up for three decades our commitment to this area is as solid as our determination to secure a sustainable future for our professional journalism at scale."