Six fire engines were called to Waterloo on Saturday morning to tackle a fire at the Da Vinci's club in Baylis Road. 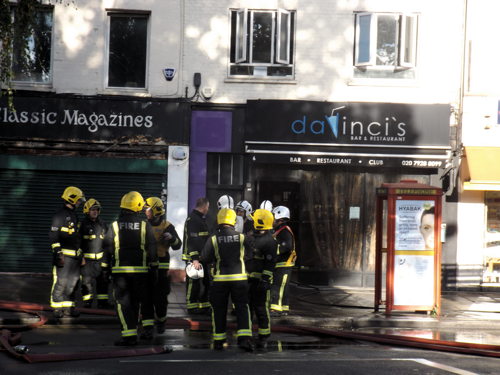 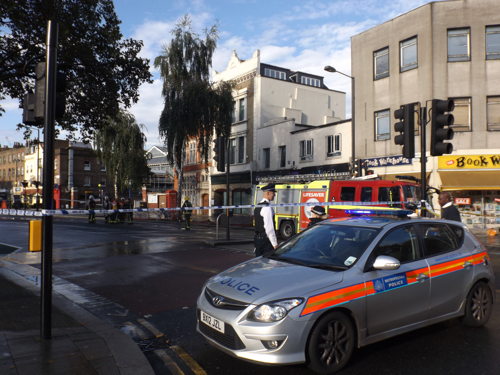 Firefighters from Lambeth, Brixton, Soho and Dowgate fire stations were called to the scene, as well as a command unit from Islington.

Baylis Road was shut to traffic whilst the blaze was extinguished.

The review has been requested on the grounds of the prevention of public nuisance. Council officers allege that when they inspected the premises in July, bouncers failed to display their SIA badges, visitors were not being searched, doors were being kept open allowing noise to escape and customers were seen drinking from glass vessels contrary to licence conditions.

In September, Lambeth police visited the club and say that they found drugs in the toilets, unlicensed door staff and no personal licence holder on duty.

"It is the view of the noise service that the licensee is either unwilling or unable to address the issues at the premises and in order to safeguard residents and the local community we ask for the premises licence to be revoked entirely," wrote enforcement operations supervisor Calvin McLean.

In 2011 Da Vinci's had its 23-hour licence reinstated after successfully appealing to Tower Bridge Magistrates against sanctions imposed by Lambeth's licensing committee.

Da Vinci's is due to close its doors within a matter of months as the whole site at the corner of Baylis Road and Waterloo Road – including the Book Warehouse – is to be redeveloped.

Book Warehouse recently announced that it had been given a temporary stay of execution and will remain open until early 2015.

This summer the Home Office revealed that it had fined the now-closed Payless Food & Wine shop next to Da Vinci's Ł5,000 for breaking employment law.