Campaigners held a protest at St George's Circus on Monday against plans for a 27-storey tower at the southern end of Blackfriars Road. 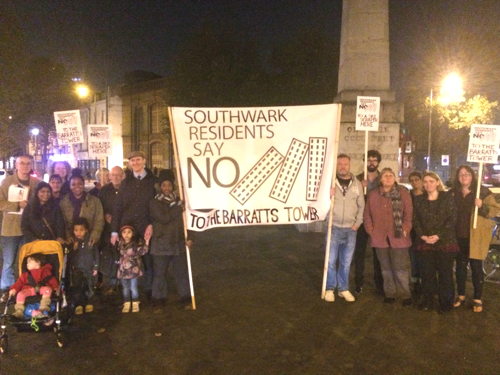 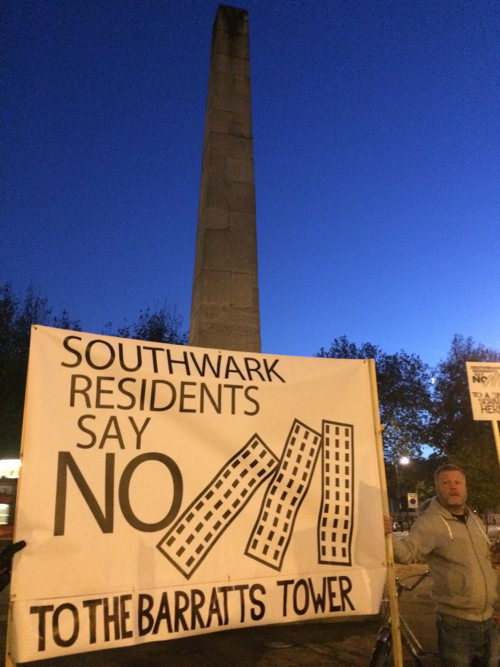 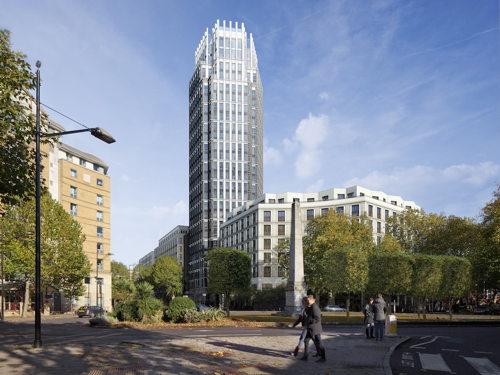 Barratt Developments plans to demolish Erlang House and Hill House and build 336 new homes in a scheme which includes a 27-storey tower.

On Monday two public protests were held at the foot of the obelisk in St George's Circus in opposition to the developer's plans.

Organisers estimate that around 30 people joined the two protests held during the morning and evening rush hour.

A new umbrella group has been formed by local tenants' and residents' associations in the Blackfriars Road area to highlight concerns about the impact of Southwark Council's planning policies on the built environment, quality of life and the mixed nature of the local community.

The 'Southwark Residents Say No' campaign will hold a series of public events to put pressure on the council.

The Georgian Group, which is a statutory consultee on planning applications, has also voiced its concern.

In a letter to Southwark planners, the society's caseworker David McKinstry wrote: "The proposed tower block would considerably dwarf the surrounding Georgian and Victorian structures of the nearby roads, and all-but remove the purpose of the obelisk, which was originally constructed (in 1771) as a focus for the circus and distinguishable feature when aiming for the area.

"This function would be destroyed by the tower block, rising above its surroundings. Subsequently the historic focus of the circus would be lost, which is all the more concerning given that it was only recently (1998) returned to its original location following relocation in 1905.

"The preservation and enhancement of the conservation area should be the underlying generators for any new development on this site. At present the overriding determinant seems to be the developer-driven requirement to maximise square footage, leading inevitably to buildings that are too large and too high."