Plans by Network Rail to relocate the Union Theatre and create a row of new restaurants in the railway arches south of Union Street have been approved by Southwark planning officers. 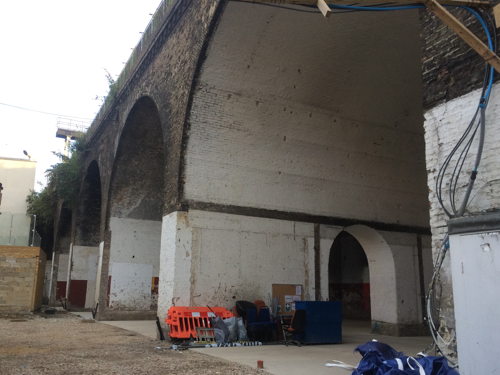 The Union Theatre will occupy the nearest two arches, with restaurants moving into the three arches further south

More than 10,000 people signed an online petition calling on the rail infrastructure firm to save the cluster of local businesses which included the Union Theatre.

This year – in a reversal of its previous insistence that office space was the only viable use for the arches – Network Rail submitted new plans for a restaurant-led scheme on the same site.

Now the Union Theatre will have a new home on the opposite side of the street to its current premises as part of the Union Yard project.

Union Yard includes five arches under the Blackfriars to Elephant & Castle line. Two arches will be devoted to the theatre whilst three others will be converted to restaurant use.