Bermondsey Street could be shut to through traffic

Southwark Council is to spend £20,000 on a Bermondsey Street area traffic management study, including the potential closure of the road to through motor traffic. 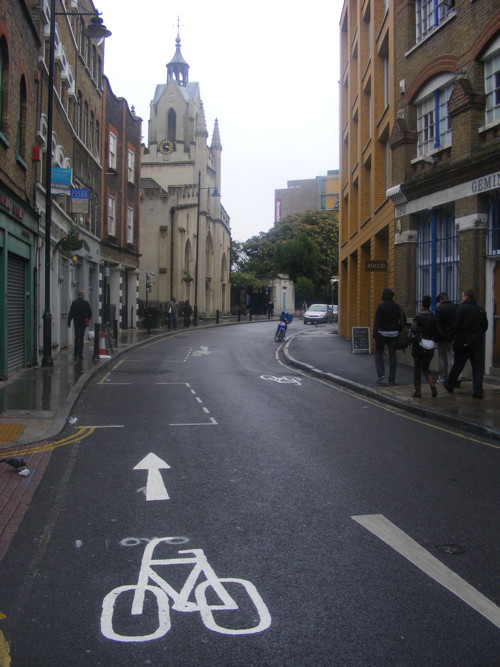 The Bermondsey Street study is one of five projects recommended for funding in a report currently being considered for decision by Cllr Mark Williams, cabinet member for regeneration, planning and transport.

"More broadly the idea of closing Bermondsey Street to through traffic was raised," says the report by acting transport policy manager Simon Phillips.

"This would most likely be pursued via an experimental closure of the street.

"More broadly, there is a need to plan the future network in this area to include potential changes to St Thomas Street and the proposed Quietway [cycle route].

"Development work could be undertaken for this in the current year."

The study is part of a package of Transport for London-funded projects across the borough aimed at "promoting active modes of travel and enhancing safety for the most vulnerable users of the highway, in particular cyclists and pedestrians".

Earlier this year we reported on a question to the Mayor of London tabled by Green Party London Assembly member Darren Johnson encouraging City Hall to back traffic-calming measures on Bermondsey Street.

"Further discussions will take place with the London Borough of Southwark about the level of service to be provided."