Trinity Street: council could use ANPR to fine motorbike riders

Southwark Council could use automatic numberplate recognition (ANPR) technology to fine motorcyclists who try to use a new 'Quietway' cycle route. 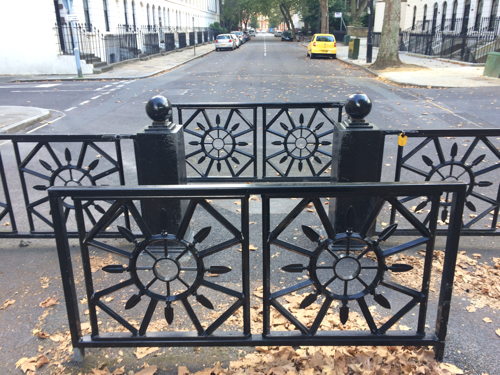 This summer Southwark Council consulted residents on plans for its section of Quietway 2, a new backstreet cycle route between Greenwich and Waterloo which forms part of a new cycle grid proposed by the Mayor of London.

The route includes a section of Trinity Street and as part of the scheme the council proposed to create an opening in the fences which currently prevent through motor traffic from using the street.

Some local residents fear that removing part of the fence or widening the gap will encourage motorcyclists and moped riders to use the route.

Residents of the Trinity Street and Globe Street area brought their concerns to the last meeting of Borough, Bankside & Walworth Community Council.

The issue was also raised at the recent leader's question time event at City Hall.

"We're looking at making changes there that reflect local residents' views but maintain as much as possible the directness of the routes," Cllr Mark Williams, cabinet member for regeneration, planning and transport, told the borough's overview and scrutiny committee last week.

He added: "We're looking at putting in automatic numberplate recognition cameras that automatically fine people that go through.

"We've had trials in different parts of the borough and they've been hugely successful."