A group of local residents this week held a counter-protest outside a Southwark GP surgery at the centre of a controversy about a new abortion clinic. 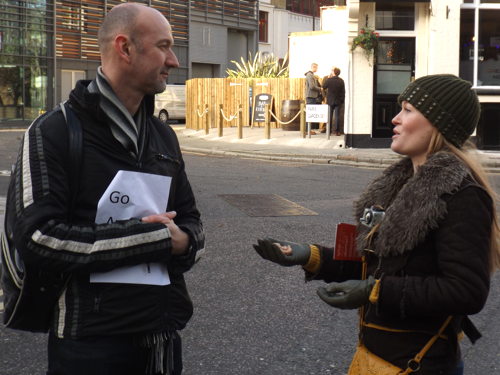 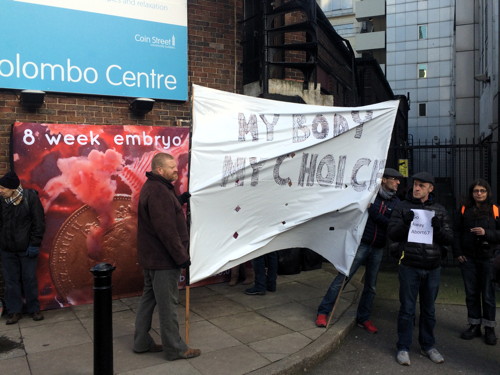 Since October, activists from Abort67 have held a series of demonstrations at the Blackfriars Medical Practice in Colombo Street to oppose the GP surgery's decision to host a British Pregnancy Advisory Service (BPAS) abortion clinic.

As well as advice on unplanned pregnancies, the BPAS Southwark clinic offers women medication (the 'abortion pill') to bring on an early miscarriage.

This week a group of local residents – many of them patients of the Blackfriars practice – held their own protest to coincide with the Abort67 gathering.

"If they want to make a political point they really should take that up with Parliament and MPs and politicians.

"This is just an attempt to harass and bully women who want to use a doctor's surgery.

Abort67 denies that it has been intimidating patients at the surgery by its regular Wednesday protests outside the building.

"Our behaviour has been impeccable," said Ruth Rawlins of Abort67, insisting that the campaigners only use body-worn cameras to protect themselves from false accusations of harassment.

Asked how long the protests in Colombo Street would continue, Ruth Rawlins replied: "Until they stop providing abortions here."

In a statement, BPAS said: "We completely understand wanting to challenge Abort67 outside clinics and the amazing woman in Sunny Hundal's video outside BPAS Blackfriars was truly inspiring.

"However, there is a difference between a passerby taking them on and a planned counter protest. In the past pro-choice campaigners have inadvertently inflamed the situation by increasing the number of people outside clinics and creating a hostile environment.

"The space outside clinics must not become a battleground. All pro-choice people want to protect women and the best way to do that is to ensure this issue gets on the political agenda."

Cllr David Noakes – Lib Dem councillor for Cathedrals ward – joined the counter-protest. He said: "I don't think it's for Abort67 – none of whom are local – to come into our area and try to disrupt the GP service and a woman's right to choose."

The Labour Party has urged the Government to consider creating 'buffer zones' around abortion clinics where protests are banned.

"We don't want the kind of harassment and abuse that we've seen in the US imported into Britain."

Cllr Noakes added: "The right to protest is an important right but the right to advice and a legal safe abortion, without intimidation and harassment is more important, and therefore I believe the Abort67 protests should end or be regulated in such a way as to ensure they are not allowed to deny a lawful medical intervention and service to the women of SE1 and south east London."

Asked about buffer zones, Zoe Kennedy said: "I'm not sure if it would be workable or not, but it should be tried.

"It's wrong that people get to stand outside a doctors' surgery and harass people. So it seems to me that they should try buffer zones."