14 members of Parliament have signed an early day motion in the House of Commons demanding that "that the police act immediately" to create a 'buffer zone' around a controversial abortion clinic in Southwark. 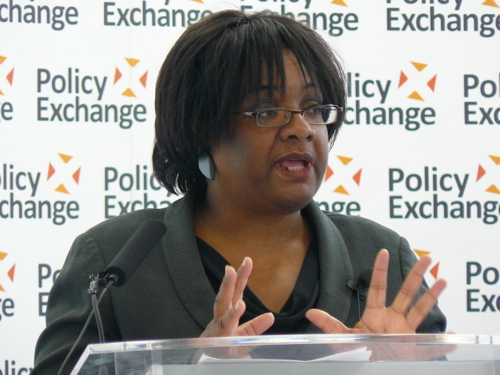 The EDM was tabled by Labour's Diane Abbott MP and has been signed by 13 of her fellow MPs from all three main parties. Backers include Glenda Jackson MP and the controversial former Lib Dem MP Mike Hancock.

Campaign group Abort67 has held a protest outside the Blackfriars Medical Practice in Colombo Street on Wednesday lunchtimes nearly every week since late September.

The GP surgery hosts a clinic run by the British Pregnancy Advisory Service (BPAS) which administers the so-called abortion pill.

Ms Abbott's EDM claims that "activists carrying enormous, disturbing and graphic posters are continuously menacing staff and patients" and that "these particular protests are tantamount to harassment".

The text of the motion goes on to demand "that the police act immediately to protect the clinic and enforce a buffer zone".

He said: "People are entitled to protest and we've got a positive obligation to facilitate that protest."

Abort67 said in a Facebook comment that Ms Abbott had been misled about the nature of the protests. "If she came to one of our displays she would see the peaceful nature of our volunteers, which the police and journalists who have seen first hand, can all bear witness to."

A recent report on political and social attitudes in the Bermondsey & Old Southwark constituency produced by pollsters YouGov showed that local residents were more likely to take a conservative view on abortion than Londoners in general.