Anti-abortion campaigners have held a series of protests outside a GP surgery which is hosting a new clinic run by the British Pregnancy Advice Service. 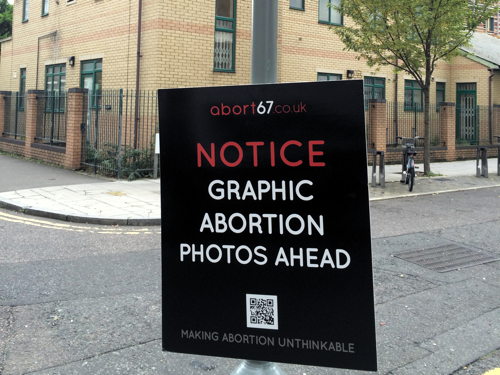 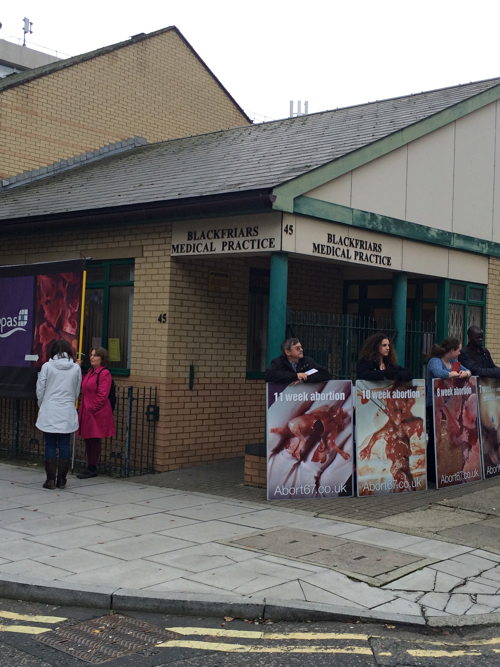 Activists from Abort67 have held several protests outside the Blackfriars Medical Practice in recent weeks, and more than 1,000 people have signed a petition urging the GP surgery not to host BPAS in its building.

Ruth Rawlins, who started the petition, said "A GP surgery is a place to cure people not to kill them, therefore having an abortion clinic on site is a huge contradiction."

The new BPAS Southwark clinic opened this month at the GP surgery in Colombo Street.

A spokeswoman for BPAS described Abort67 as a "fringe group" and accused them of "waving large banners of aborted foetuses in women's faces and haranguing them as they try to access a confidential, legal service to obtain advice about unplanned pregnancy and abortion care".

She added: "Their tactics have little support among even the small minority in the UK who oppose women's access to abortion, and generally people in this country are horrified that anybody would sink to these kind of lows to try to impose their own views on somebody else.

"BPAS is a charity which provides abortion care and advice on behalf of the NHS. In recent years we have opened smaller clinics in areas closer to where women live to ensure that they can access advice and treatment as early as possible in their pregnancy."

The spokeswoman continued: "At the Blackfriars Medical Practice women will be seen for a consultation about their pregnancy and a discussion about their options, and we will also be providing early medical abortion from the centre.

"This is where women take medication to bring on an early miscarriage, and is available up to 9 weeks gestation. Many women want to be at home to pass the pregnancy, so being able to take the tablets at a local clinic before going home to make themselves comfortable is what many women say they prefer, rather than undergoing a surgical procedure in a clinic."

We have invited Blackfriars Medical Practice to comment on the controversy and this story will be updated if they choose to respond.

The practice's building is due to be redeveloped in the next few years as part of Southwark's council-house building programme.