Representatives of a wide range of local organisations gathered at Southwark Cathedral on Tuesday for the annual service of Choral Evensong to commemorate Thomas Cure, the Elizabethan benefactor who founded local almshouses. 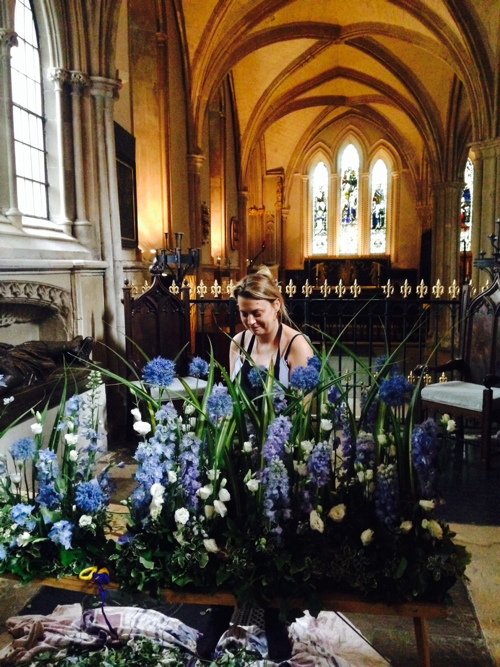 Today more than 70 former Southwark residents continue to benefit from the legacy of Thomas Cure – master saddler to three monarchs.

Cure (who died in May 1588) founded almshouses for the poor of St Saviour's parish which stood for nearly three centuries in Park Street before the railways forced their move to West Norwood. For the last ten years the almshouses have continued in modern form in Purley.

This year's commemoration organised by United St Saviour's Charity had an extra twist – after the service the congregation was able to sample 'St Saviour's Cure' – a specially brewed bitter produced by the Southwark Brewing Co in Druid Street.

The service was attended by the Mayor of Southwark Cllr Dora Dixon-Fyle and Billy Dove, chief commoner of the City of London.

At the end of the service descendants of Thomas Cure, joined by the chairman of the charity Richard Heaton CB, laid a wreath to complete the flower arrangement at Thomas Cure's tomb designed by Bermondsey resident Vicky O'Donnell, who has trained to be a qualified florist with the support of Big Local South Bermondsey Partnership.

"Thomas Cure is an important part of Southwark's history, but very much part of its future," said Richard Heaton.

"His gift to the borough remains relevant to this day, and by building new almshouses for Southwark's older people, we can ensure his intentions will be met for at least another hundred years."

United St Saviour's Charity is planning to build 57 'modern almshouses' in Bermondsey on the site of the former care home at the corner of Southwark Park Road and Reverdy Road.

The new homes could be ready as soon as 2017 and will be funded by Delancey, developers of the 185 Park Street scheme in Bankside, in lieu of on-site affordable housing.

As well as running its Purley almshouses, the charity also looks after the Hopton's Almshouses in Bankside and gives grants of more than £600,000 a year to community projects in North Southwark.