Representatives of Southwark's community and voluntary sector came together on Tuesday for the annual commemoration of Thomas Cure, Elizabethan benefactor of the United St Saviour's Charity. 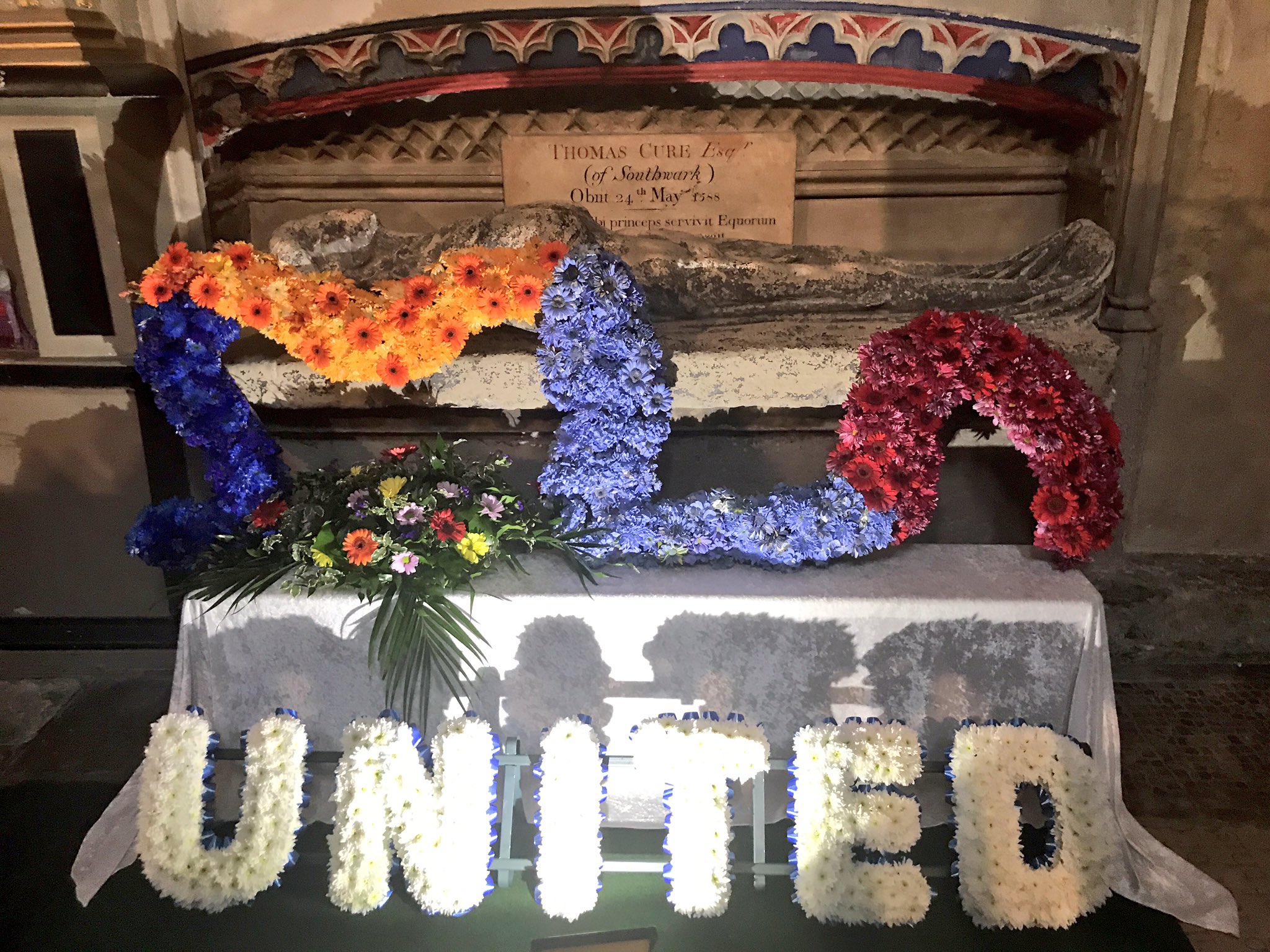 The United St Saviour's Charity – which traces its history of philanthropy in Southwark back to 1541 – today runs two almshouses and makes annual grants of Ł850,000 to community projects in North Southwark and Bermondsey.

Thomas Cure, saddler to three monarchs and MP for for both Southwark and East Grinstead, died in 1588 and bequeathed land on Park Street which is still owned by the charity today.

Cure is buried in the church today known as Southwark Cathedral and each year – near the anniversary of his death on 24 May – a wreath is laid at his tomb when the charity's trustees, staff, beneficiaries and supporters attend Choral Evensong and enjoy refreshments together.

This year's Thomas Cure commemoration had an extra poignancy, coming just two days after the cathedral reopened to the public following the London Bridge terrorist attack which also affected many of the homes and commercial premises owned by the charity in the environs of Borough Market.

"The last ten days have been a time that none of us could ever imagine," said Canon Michael Rawson, sub dean of the cathedral.

"This neighbourhood has been shaken to its very core by evil attacks on London Bridge and Borough Market.

"But the brutal actions of the few has been more than matched by the overflowing love and support demonstrated in this very tight-knit community."

Martyn Craddock, chief executive of the United St Saviour's Charity, said: "We do not want our properties on Stoney Street and Park Street, The Wheatsheaf and The Market Porter , to be forever associated with an act of inhumanity – but with the goodness and kindness that originate with Thomas Cure."

After the service the congregation enjoyed Southwark Brewing Co's London Pale Ale – which has been rebadged as Love & Peace Ale in the aftermath of the London Bridge terrorist attack.