Exactly 423 years after his death a Southwark charity this week remembered one of its main donors at a service of Choral Evensong in Southwark Cathedral. 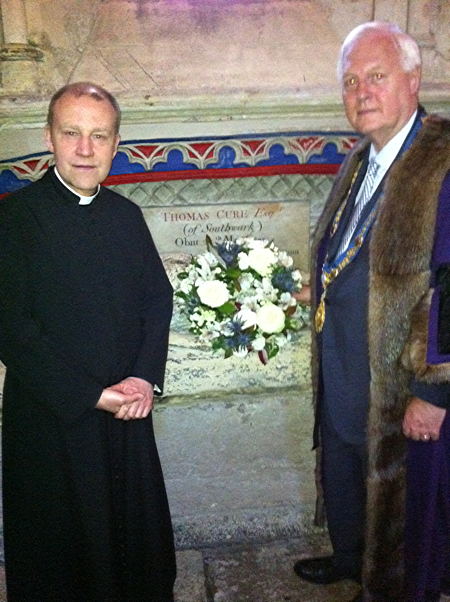 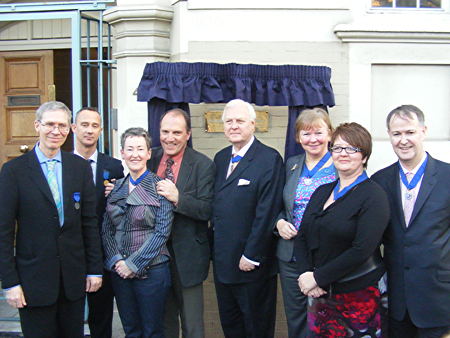 The United St Saviour's Charity honoured Thomas Cure, who died on 24 May 1588, by laying a wreath on his tomb in Southwark Cathedral on Tuesday evening.

"Thomas Cure gave money to found the almshouse in 1588," said Philip Sturrock, chair of the United St Saviour's Charity and Warden of the Great Account.

"Today, 423 years later, the St Saviour's Court alsmshouse has grown to 52 apartments and is immensely popular with the residents. Yet we still allocate the apartments to older people from Southwark, just as Thomas Cure set out in his will all those centuries ago."

Earlier this year the charity moved its offices back to Southwark, taking space at St Saviour's House in Union Street having spent the last five years operating from its almshouse in Purley.

This year the charity has been able to increase its grants budget to £400,000.

Recent beneficiaries of large grants from the charity include Borough Music School and Surrey Docks Farm. Smaller grants have been received by organisations such as the Queensborough Community Centre, the Colombo Centre and Lucy Brown House.