Heritage minister Tracey Crouch has updated the entry of Waterloo Bridge on the national heritage list to recognise the role women played in its construction during the Second World War. 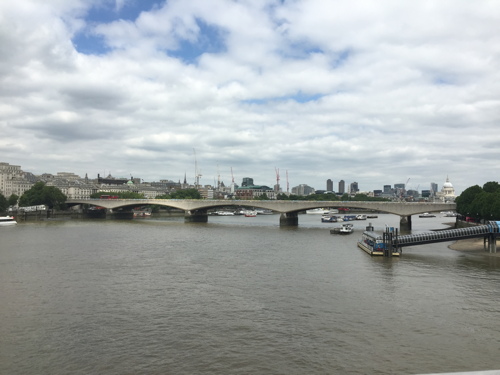 Evidence recently uncovered by construction historian Dr Christine Wall has confirmed that women were involved in its construction from 1937 to 1942.

The bridge's entry on the national heritage list – at grade II* – has been updated to reflect the latest research.

To celebrate National Women in Engineering Day, heritage minister Tracey Crouch, Historic England, the Women's Engineering Society, Karen Livesey – who directed the documentary The Ladies' Bridge – Christine Wall and The Point People are issuing a joint call for information on other historic structures built or designed by women.

They want to hear from researchers, historians, community groups, as well as the families of the women who built England. Anyone whose female ancestors were involved in shaping historic places is urged to get in touch. Please share your information on social media by using #BuiltByWomen or submit your evidence by email to [email protected]

Tracey Crouch said: "This is a wonderful opportunity to ensure our great female engineers are properly recognised. This project will show the remarkable achievements of the women who broke conventions to help build Britain and inspire the next generation of female engineers, architects and builders."

Emily Gee, head of designation at Historic England, said: "Women have always been involved in shaping places – through patronage, design, labour, craftsmanship, alteration and decoration. These roles have historically been overlooked, but as important research, understanding and awareness reveals their hands, it can illuminate many fascinating and inspiring stories. We hope that, through our call-for-evidence, we can draw on others' research and record the role of women in the National Heritage List for England. The list is a vital national asset for recording England's history."

Jen Lexmond of The Point People said: "Too often women's stories are ignored or unacknowledged, as in the case of the Waterloo Bridge. The stories we tell and imagery we have so strongly shape our collective unconscious — what we think women and men are, can do, can be, can aspire to.

"We applaud Historic England for re-listing the Waterloo Bridge to include this new evidence of women's crucial role in building the iconic structure. We echo their call to the public to share more examples of women's forgotten contributions.

"Our campaign to see a blue plaque placed on the bridge to recognise women's contribution continues, and we hope to see our application shortlisted by English Heritage by the end of this month."