Southwark Council has offered to host court hearings at its Tooley Street offices if plans to shut Lambeth County Court go ahead. 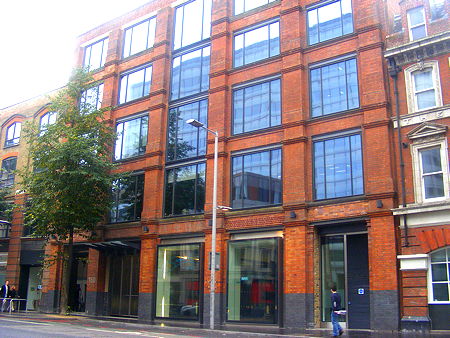 Earlier this summer the Ministry of Justice launched a consultation on plans to shut 91 courts in England and Wales, including Lambeth County Court in Cleaver Street, Kennington.

If closure is approved, the court's workload would be transferred to Wandsworth County Court in Putney.

Southwark Council officers attend Lambeth County Court on a daily basis, with around 2,000 housing cases involving the council handled by the court each year, in addition to 50 housing benefit cases a month.

Council leader Peter John is to write to the Ministry of Justice offering to host court sittings in the council's building at 160 Tooley Street.

"Southwark Council strongly object to the proposals and believe the closure of Lambeth County Court would create a serious obstacle to access to justice for many of our most disadvantaged and vulnerable residents due to the cost and increased journey times to Wandsworth," wrote Cllr John.

"There are also increased costs and resource implications for council officers with increased journey times, increased travel costs and more time out of the office which could result in more resources being required to cover workloads while officers are out for extended periods at court.

"Southwark believe that to protect our most vulnerable residents the presence of a County Court is required in Southwark.

"Southwark is prepared to offer our premises at 160 Tooley Street as a possible venue for a County Court to sit on a regular basis to hear Southwark cases."

The council has also requested that the Government considers transferring Southwark cases to the Central London County Court in the Strand.

Concerns about the proposed closure of the Cleaver Street court have also been raised in Parliament by Bermondsey & Old Southwark MP Neil Coyle.

Justice minister Shailesh Vara told Mr Coyle earlier this month that "no firm decisions have been made at the moment".

The Pocock Street Tribunal Hearing Centre near Blackfriars Road is also earmarked for closure under the current plans.

• Public consultation on the proposal continues until 8 October.