Squatters have been evicted from the Elephant & Castle pub after occupying the building for more than a month. 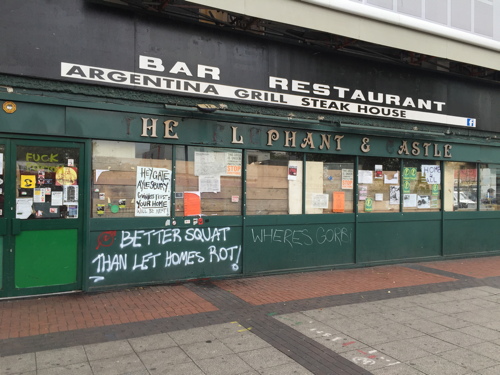 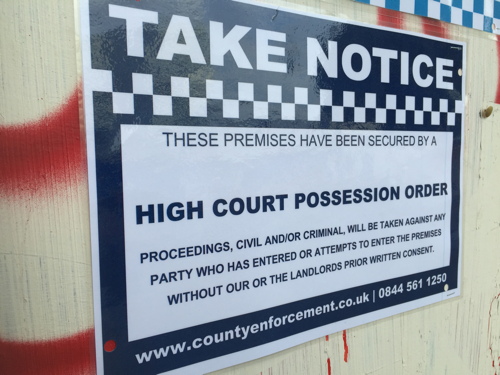 Bailiffs, acting on a possession order from Lambeth County Court, entered the disused pub early on Thursday morning. According to Southwark Police, about 20 people were inside.

Police officers were on hand but did not intervene.

The pub was occupied after plans to turn it into a branch of Foxtons estate agents came to light.

Following an application by the Walworth Society, the pub has now been designated as an asset of community value under the Localism Act, which means that any change of use would require full planning permission.

"The Elephant & Castle Pub has for many years been a central feature of life in the area," said Ch Supt Zander Gibson, Southwark borough commander.

"I totally understand that the topic of its future use and occupation has caused so much comment, concern and split opinion.

"Thankfully, the bailiffs were able to operate without the need for police intervention this morning and I'm glad the eviction took place without anyone from either side getting hurt.

"Whatever form the pub takes in the future, I look forward to it again becoming a central feature of life at the Elephant."