The leader of Lambeth Council has pulled the plug on talks with the Garden Bridge Trust over the use of council-owned land on the South Bank as part of the new river crossing. 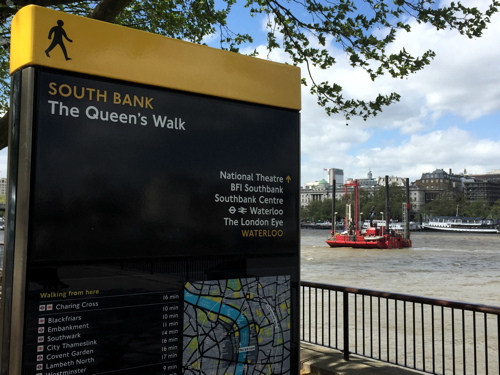 In order for the Ł175 million footbridge – designed by Thomas Heatherwick and championed by Joanna Lumley – to be built, Lambeth Council must agree to let the scheme's promoters use land on the South Bank currently leased by Coin Street Community Builders.

In June Lambeth Council leader Lib Peck warned that the borough's support for the scheme "cannot come at any cost".

Her concerns centred on the Ł60 million contribution from the public purse, with half coming from Whitehall and the other half from Transport for London.

Now Cllr Peck has gone further and written to Mayor of London Boris Johnson warning him that the council is "not willing to use more of our time and energy with continuous negotiations until a more appropriate funding model is brought forward".

Cllr Peck said: "I have consistently said, during a time of severe spending cuts putting Ł30 million worth of public funding towards this new bridge isn't justified. So while it might have other merits, it is surely wrong for TfL to issue a blank cheque, particularly given the financial pressures they face from the Chancellor.

"The Garden Bridge is at a crucial moment with Lambeth Council now needing to start complex lease negotiations. But serious question marks remain about financing of the scheme. It is also becoming clear that future mayoral support for this scheme is weakening.

"Disappointingly, since I first raised these issues in June, there seems to have been little progress in attracting alternative funding from the private sector, so we are now suspending lease negotiations until the Mayor gives us the reassurances I have written to him asking for."

News of the council's decision to halt negotiations comes just days before the Garden Bridge Trust was due to launch a public consultation on plans for the southern landing building which would be situated between the Thames and ITV's headquarters building.

"There has been an overwhelming level of public opposition to these plans and the Garden Bridge Trust's responses to residents concerns have been woefully inadequate.

"This vanity project hurts local residents and local businesses and it would be a staggering waste of scarce public resources."

Separately, Lambeth's planning applications committee last week deferred a decision on plans to chop down trees on the South Bank to make way for the bridge.

Labour's London mayoral candidate Sadiq Khan has also set out his opposition to the use of public funds for the scheme.

"In principle I love the idea of the Garden Bridge, but what we were sold is a long way from the reality we now face. It has become another of Boris Johnson's white elephant projects – like the cable car which is used by few at the cost of millions of pounds," said Mr Khan.

"I believe it no longer represents value for money. This was supposed to be an entirely privately funded project costing Ł60 million, but the overall cost has tripled, and Ł60 million is being paid for out of the public purse, with a possible maintenance cost of Ł3.5 million a year – for a bridge which will often be closed to the public for private events and won't be open overnight.

"The amount of new green space created will be less than half a football pitch and 30 trees have to be cut down to build it.

"I think we can use public funding in a way which is more beneficial to London's economy, and which brings more improvements to our environment and cultural heritage."

The Garden Bridge Trust has so far raised Ł127 million of the scheme's Ł175 million cost, and until now the scheme's backers have remained bullish about the prospect of completing the project by 2018.

Last week London Assembly members examined some of the background to Transport for London's involvement in the project after an internal audit report was published.

"This audit has sadly not been thorough and forensic," said Caroline Pidgeon AM.

"While it rightly highlights a number of areas where the process for awarding contracts needs to improve the audit is ultimately incomplete due to TfL destroying vital records.

"It is staggering that despite serious questions about the evaluation scores for the tenders TfL thought there was nothing wrong in destroying vital documentation just before the audit was set to take place.

"TfL's claim that the audit has not found any evidence that value for money was not provided is nonsensical when vital documents could not be examined.

"TfL should be providing evidence that value for money was actually delivered. That test has not been met by this audit."

On Thursday former deputy prime minister Nick Clegg used his debut article as a regular Evening Standard columnist to champion the bridge, declaring himself a "Garden Bridge fan" having seen a virtual reality demonstration of the scheme.