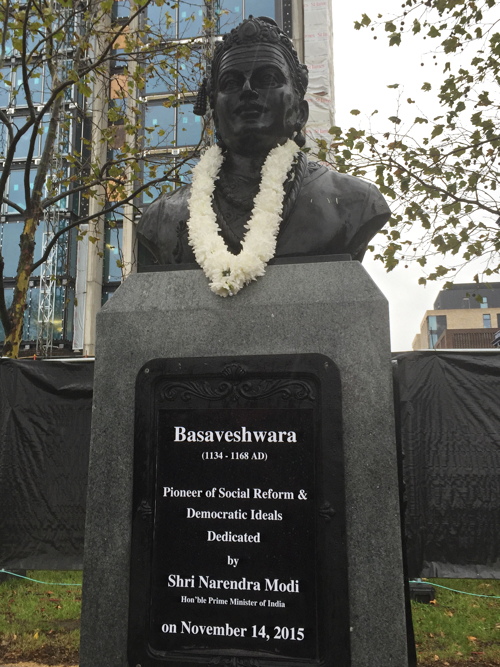 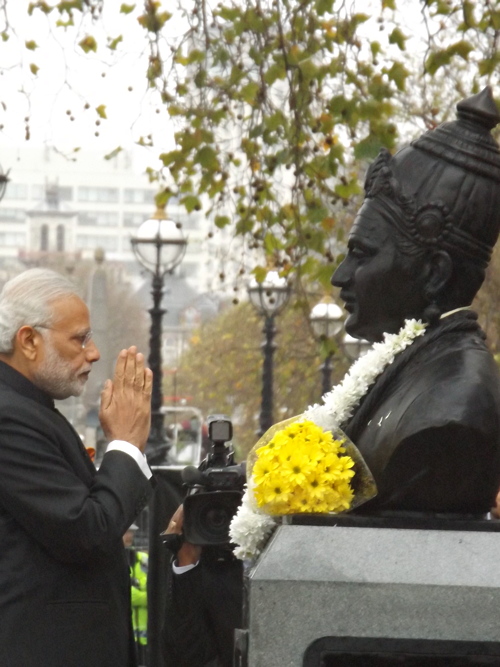 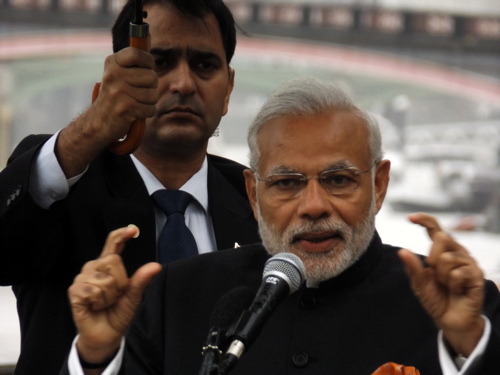 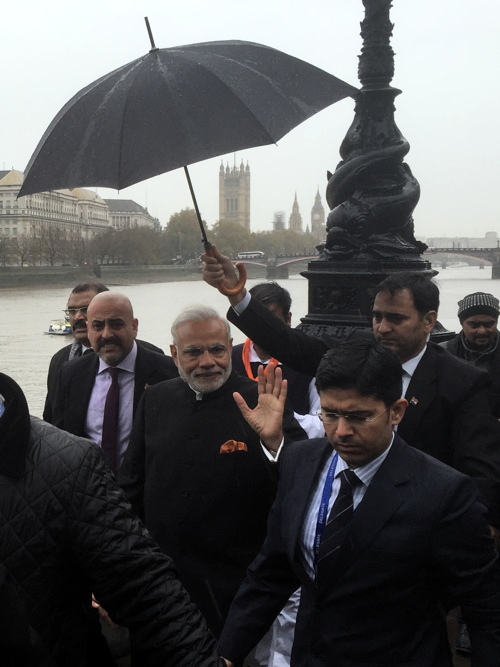 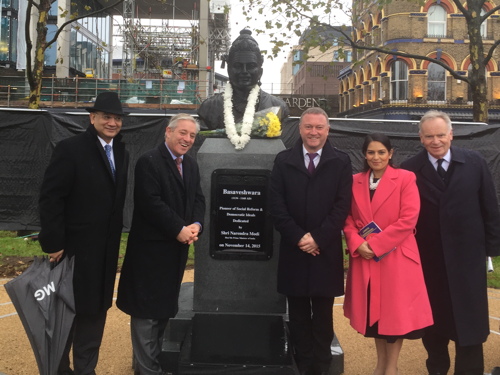 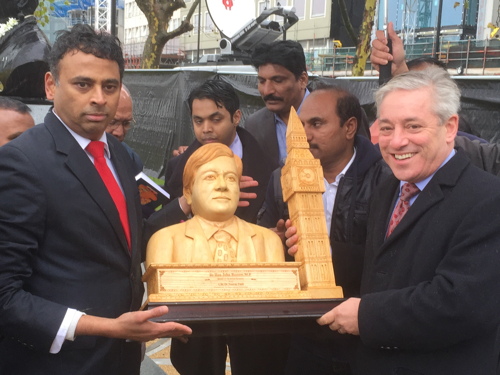 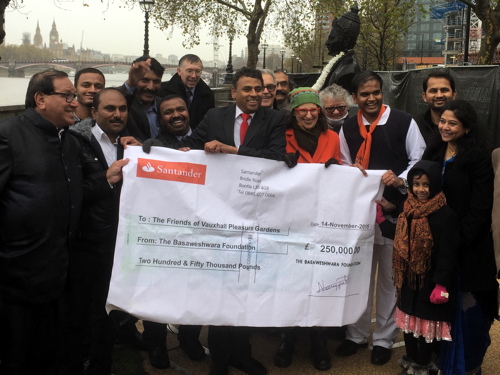 The Friends of Vauxhall Pleasure Gardens received a cheque for Ł250,000

The project to erect the statue has been masterminded by Dr Neeraj Patil, a former Lambeth Labour councillor and past mayor of the borough.

Planning permission for the statue in Albert Embankment Gardens – next to Peninsula Heights – was granted in 2012.

Funding for the project has included a contribution of more than Ł400,000 from the Indian state of Karnataka.

Guests at the unveiling ceremony included Lord Archer, whose home overlooks the site, and House of Commons speaker John Bercow.

There was tight security on Albert Embankment for Mr Modi's visit and the road was closed to traffic while the ceremony – which was broadcast live on Indian television – took place.

A giant cheque for Ł250,000 was presented to the Friends of Vauxhall Pleasure Gardens to fulfil a promise made by the Basaveshwara Foundation to contribute to the upkeep of local green space.

The statue was completed earlier this year but has remained under wraps until the visit of the Indian prime minister.