The chief minister of the Indian state of Karnataka, BS Yeddyurappa, has presented the former Mayor of Lambeth with a cheque for more than £400,000 towards the installation of a statue of the Hindu saint Basaveshwara on Albert Embankment. 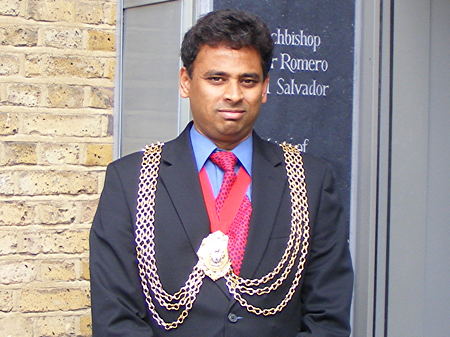 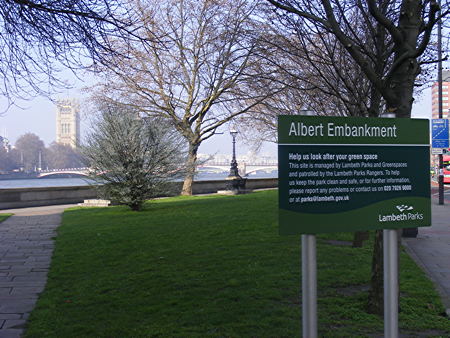 Labour councillor Dr Neeraj Patil, who served as Mayor of Lambeth last year, is championing the project for the installation of a statue of Basaveshwara (Basava) in Albert Embankment Gardens.

Dr Patil was guest of honour at Basaveshwara's birthday celebrations in Kalamandira on Thursday. During the ceremony chief minister BS Yeddyurappa announced a donation of Rs. 3 crore (almost £410,000) to the appeal.

The proposed site for the statue is the lawn between Albert Embankment and the River Thames, immediately to the north of the Peninsula Heights apartment block which counts Lord Archer among its residents.

Dr Patil explained the rationale for the project in a letter to the Friends of Vauxhall Pleasure Gardens.

"[Basaveshwara] lived in India between 1134 and 1196 and was a philosopher and a social reformer," wrote Dr Patil. "He fought against the caste system and prejudice. He was a great humanitarian. He believed in and fought for a world in which there was equal opportunity to all regardless of gender, caste, and social status. A true visionary with ideas ahead of his time, he envisioned a society that flourished enriching one and all. In addition to all of this, he was the Prime Minister of the Southern Kalachuri Empire in South India.

"Idealist by choice, statesman by profession, a man of letters by taste, a humanist and social reformer. There is so much about his life that echoes the values of the Palace of Westminster, and the values of our borough, where people live and flourish together, regardless of race, sexuality, class, colour or creed."

Dr Patil has said that the members of the Indian community in London who wish to erect the sculpture will also raise £250,000 for the improvement of nearby Vauxhall Pleasure Gardens (currently known as Spring Gardens) if planning permission is granted for the statue.

Albert Embankment Gardens has been identified as an access route for the proposed foreshore worksite as part of Thames Water's super sewer scheme. The water company is now examining the possibility of using Lacks Dock alongside the MI6 building and leaving the gardens intact.