Cllr Jack Hopkins, Lambeth's cabinet member for jobs and growth, has signed off a controversial decision which paves the way for the Garden Bridge to take over land on the South Bank. 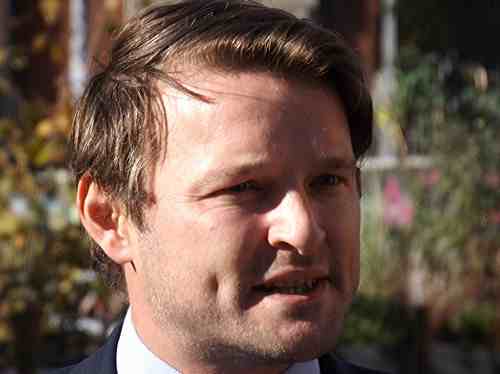 The proposed Ł175 million footbridge between Temple Underground Station and the South Bank – devised by Joanna Lumley and designed by Thomas Heatherwick – requires the use of land on the Queen's Walk.

The land – currently covered with grass and trees – is owned by Lambeth Council and leased to Coin Street Community Builders.

On Maundy Thursday Cllr Jack Hopkins gave his approval to proposals which will see Coin Street's lease varied in order to allow the land to be sub-leased to the Garden Bridge Trust.

Cllr Hopkins' decision is in the face of strong opposition from many of his Labour colleagues including Kate Hoey MP and Bishop's ward councillors Kevin Craig, Ben Kind and Jennifer Mosley.

The cabinet member has also received representations from leading figures in local housing co-operatives urging him not to approve the sub-lease proposal.

The decision is near certain to be 'called in' by backbench Labour or opposition Green and Conservative councillors, triggering a meeting of Lambeth's overview & scrutiny committee soon after Easter.

In its equalities impact assessment of the decision, Lambeth claims that benefits of the bridge include enhanced "social cohesions between communities of the north and south banks".

For its part, Coin Street Community Builders says it won't grant a sub-lease until it is satisfied with arrangements for the construction and upkeep of the bridge and its surrounding area.

In a statement on its website, CSCB said: "We recognise that those opposed to the Garden Bridge would rather we said 'no' on the basis that it should not get public money or that Lambeth and Westminster Councils and the Mayor of London are wrong to grant it planning consent.

"However we do not think that it would be appropriate for us to 'usurp' the investment and planning decisions of elected bodies in this way.

"However we believe that we have both a right and duty to ensure that the scheme only goes ahead if we can be satisfied that the promised benefits are delivered for the community we serve and its impacts mitigated."

Campaign group Thames Central Open Spaces is continuing to raise funds for a legal challenge against the bridge scheme.

Do you think Cllr Hopkins made the right decision?